Home » What’s Going On with the DeFi Decline?

What’s Going On with the DeFi Decline?

2020 has been eventful for the entire cryptocurrency industry as the rise of Decentralized Finance(DeFi) products seek to lead financial adoption amidst heavy dependency on the centralized financial sector. But just like every other new sector, the DeFi sector has its own fair share of challenges especially as it seeks to gain mainstream acceptance. 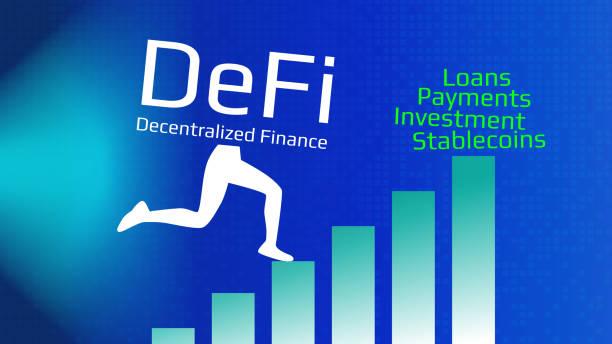 Just like what we saw during the ICO boom, DeFi seems to be replicating the same pattern. DeFi token has taken a giant share of altcoin market decline with most tokens plummeting more than 98% from it’s all-time high (ATH). Although this decline wasn’t totally unprecedented, however, the rally was short-lived.

The leaves are gradually falling, accompanied by some cold winds. After a very hot DeFi summer, we are now looking at a long DeFi fall. The uptick in the price of Bitcoin has further cemented the fall in the prices of DeFi assets as they continue to shed gains into Bitcoin which rallies to set new highs not seen since 2017.

Since September, the price of Bitcoin has rallied more than 30% to hit the $14k psychological resistance area. Not only that, at the time of writing the price of Bitcoin has gone past $15k signaling a bull run towards its ATH. Several bullish events like PayPal’s involvement in crypto, Square’s Bitcoin investment etc have played a key role in the Bitcoin bullish momentum seen in the past weeks.

However, Google payments engineer Tyler Reynolds has maintained that Bitcoin’s rally is drawing speculative capital away from the DeFi market. A publication done by Three Arrows Capital and Qiao Wang seems to align perfectly with this assertion, which further estimates that more capital is likely to leave the DeFi market which may further weaken the buy-side pressure. 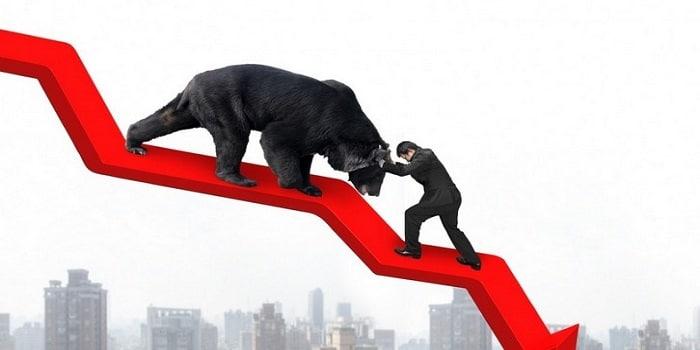 This year has been notable for decentralized exchanges (DEX) as they raked decent trading volume due to the boom in the DeFi market. However, the continued decline in the DeFi token has now taken a negative toll on DEX volume. The vulnerability of most DeFi protocols which makes them prone to exploitation has also played a part in the failing trust in the protocol.

Since launch, Decentralized Finance “lending” protocol – bZx,  has not had a good year. Within seven months, bZx has been exploited 3 times. The first attack led to the protocol losing over $954K. In the most recent exploit, it was alleged that over $8M in users deposits or 30% of bZx’s Total Value Locked was lost to the hackers.

The most recent DeFi hack is reported from Harvest Finance which saw about $24 Million being whisked away, although the attacker reportedly returned $2.5 Million. This resulted in Harvest’s native token falling by over 54% in one day.

Due to the Harvest Finance exploit, volumes across DEXs boomed for one day. Especially Uniswap and Curve that saw over $5 billion in total DEX trading volume pump  in a single day. The pump in the trading volume was only a one-hour wonder accompanied closely by a sharp decline.

According to media reporting and Harvest investors, the hacker executed a flash-loan exploit that used millions of dollars worth of cryptocurrency across both Uniswap and Curve to drive down the perceived prices of Tether (USDT) and USD Coin (USDC) tokens on Harvest Finance. The attacker then bought those tokens at a discount, used them to pay back the initial flash loan and netted a tidy profit in the process. By doing this multiple times, volumes at Uniswap were inflated.

According to Dune Analytics, DEX witnessed its worst weekly trading volume in the second half of October. The aggregated DEX volume fell from $8 billion recorded in the first week of October sinking down to $3 billion, a number not seen since August. Uniswap, the biggest DEX still leads the pack by holding onto 56% of market share.

The continuous decline in DeFi tokens while Bitcoin sets record yearly highs is a testament to the assertion that the DeFi season ended right after Bitcoin bulls found its strength.

Although DeFi token value is plummeting, the Total Value Locked across DeFi protocol recently set a new all-time high of $12.48 billion on October 25. This data suggest that even though traders might be cashing out profit from DeFi tokens, the interest in decentralized financial products is still heating up.

One more interesting fact to note is that token price has far been decoupled from correlating with the Total Value Locked in a given protocol. Uniswap has maintained a staggering 23.69% dominance, with over $2.5 billion locked in the protocol. However, UNI;Unsiswap’s native token has lost almost 80% of its value since reaching an ATH of $8.5. 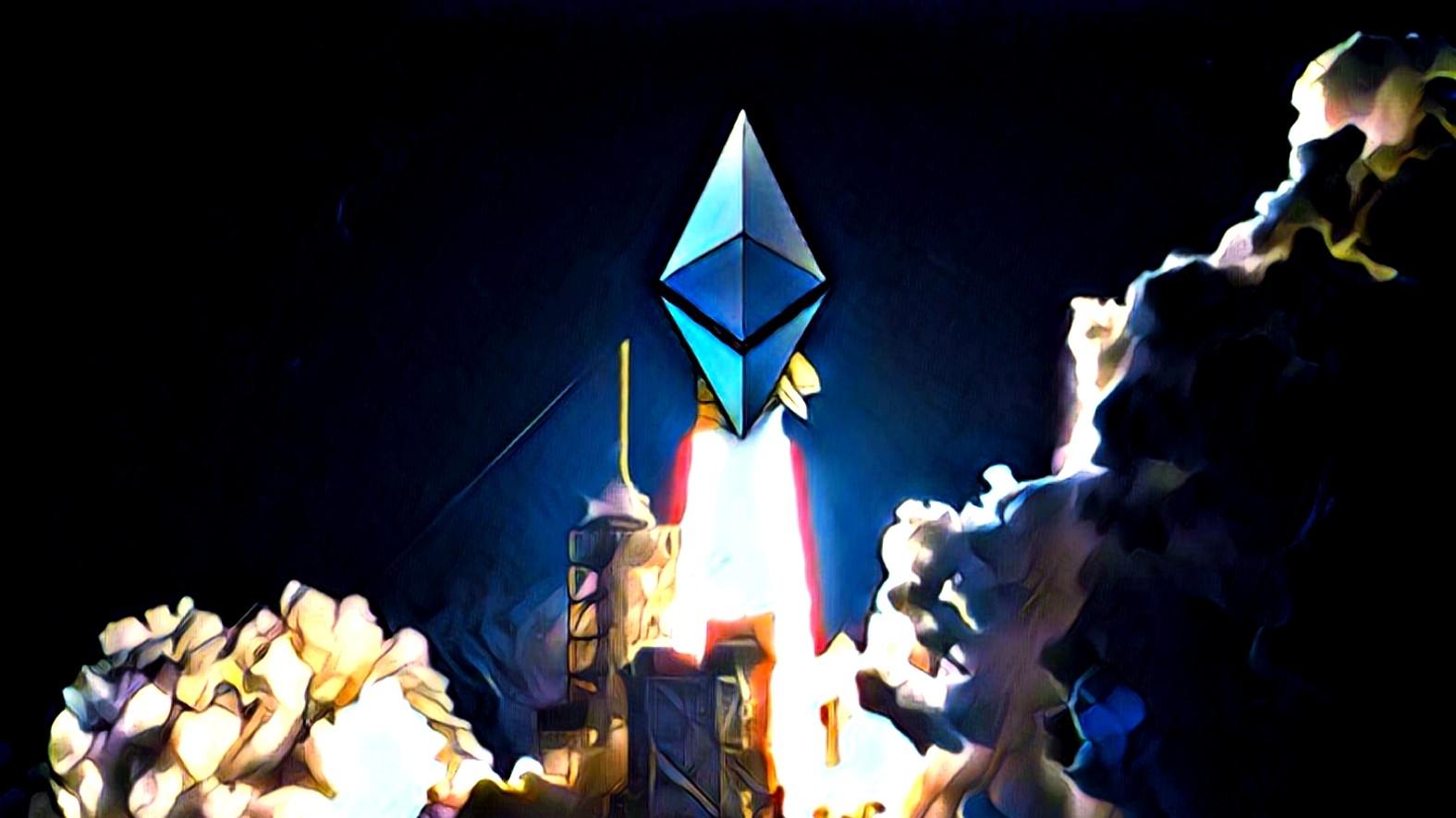 At present, about 8.6 million ETH is locked in DeFi protocols accounting for more than 75% of the total value locked across DeFi. Contrary to popular views that ETH might plummet very hard along with DeFi tokens, the second-largest crypto-asset remains unfazed and has stayed strong above the $380 support area.

The interest in ETH derivative products has also continued to surge as more traders bet on a higher ETH price due to Ethereum’s upcoming ETH 2.0 staking launch. This major event is printing a bullish scenario for ETH.

DeFi Is Here To Stay

With investors shifting their focus back to Bitcoin, one would probably wonder if there is any future for decentralized assets. The reduced trading volume might soon affect the Total Value Locked across the protocols. However, this might be temporary as traders look for a shift in market sentiment once Bitcoin is done with the bull run.

As DeFi full-blown hype dies down, protocols with proper operating models and established use cases are likely to survive the long walk to mainstream adoption. Just like the ICO bubble, the grain will soon be separated from the chaff.