Bitcoin, the largest crypto-asset continues to gain institutional interest as Jack Dorsey’s Square reportedly invests $50 million in Bitcoin. CEO Jack announced on Thursday that Square has purchased 4,709 bitcoins, a $50 million investment which represents about 1% of the firm’s total assets. 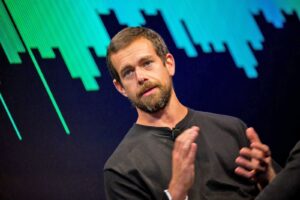 Square announced the acquisition of 4,709 Bitcoin (BTC) worth roughly $50 million in what looks like a surprise move to some groups of the cryptocurrency community but possibly a well-calculated move by the company.

This development is unarguably massive for the entire crypto community but not totally unprecedented, especially to those who are aware that Jack Dorsey, the co-founder of Square has been a major proponent of the noble digital asset, and has shown relentless support for Bitcoin which is evident in the company’s CashApp which allows its users to buy and sell Bitcoin.

Following the acquisition, the company went further to revealed its stance on the entire cryptocurrency industry, “Square believes that cryptocurrency is an instrument of economic empowerment and provides a way for the world to participate in a global monetary system, which aligns with the company’s purpose,”

Amrita Ahuja Square CFO further reiterates that, “We believe that bitcoin has the potential to be a more ubiquitous currency in the future… For a company that is building products based on a more inclusive future, this investment is a step on that journey.”

The entire crypto market reacted positively to the event. Since then the price of Bitcoin has surged almost 5% from the $10,500 mark to reclaim the $11k price range while altcoins have witnessed some decent gains with ETH reclaiming the $370 price range. 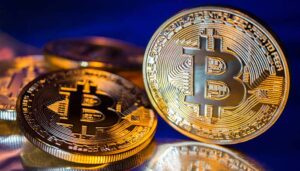 A few months ago, a business analytics and mobility firm MicroStrategy converted a massive portion of its treasury into Bitcoin. The company reportedly invested a whopping $425 million into Bitcoin, according to a series of disclosures that pumped the stock’s value and revealed its CEO, Michael Saylor, to be an unexpectedly vocal Bitcoin maximalist.

The massive influx of institutional investors and the series of events unfolding could be setting the center stage for an anticipated Bitcoin bull run. While Bitcoin struggles to sustain a price action above the $11k range, everything looks solid for the most desired digital asset.