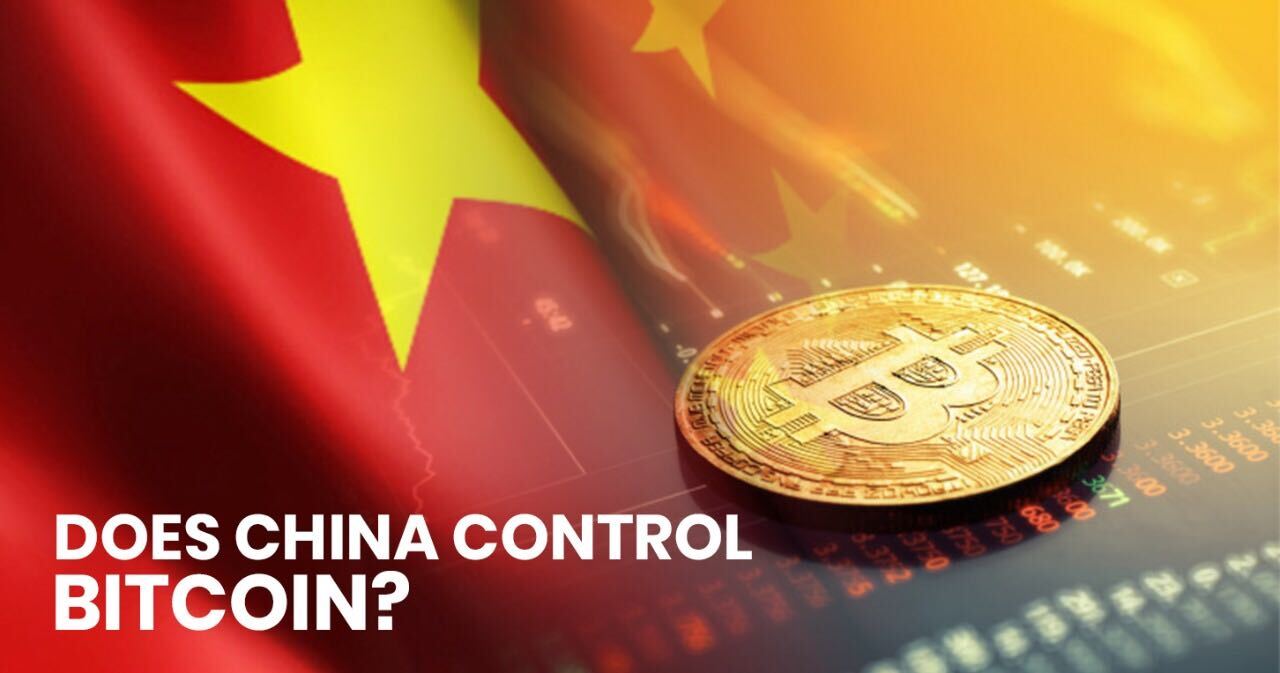 Does China control Bitcoin? Well, a damning new finding has suggested China holds threatening influence over the Bitcoin (BTC)  network – and perhaps even the ability to pull a potential 51% attack on the network. China’s dominance over the Bitcoin mining network continues to raise serious concerns as it continues to be on the rise. Presently, the region controls more than half of the Bitcoin’s mining hash rate.

Despite China’s stern stance on activities related to Bitcoin and other cryptocurrencies, the country remains the top destination for Bitcoin miners. In 2019, the Chinese government threatened to clamp down on Bitcoin miners. Despite this threat, miners in China keep topping the chart.

Recent data suggest that Chinese miners control up to 65% of the Bitcoin monthly hash rate, a number that is sufficient enough to pull a collusive 51% attack on the Bitcoin network. Hash power originating from China is considered very significant when compared to close competitors like the United States, Russia, and Kazakhstan who individually control approximately 6% of the Bitcoin’s hash rate.

Miners Are Chief Custodian Of The Bitcoin Network

Bitcoin miners are key stakeholders in the Bitcoin network. By verifying every transaction that is broadcasted within the network, miners are solely responsible for securing the network and apparently keeping the network running. Additionally, they also generate newly minted Bitcoin until the 21 million bitcoin is fully in circulation.

By design, the Bitcoin network is engineered to be fully decentralized by a large distributed network of miners scattered across different geographical areas. It could become a problem when there is a likelihood that a miner or a group of miners could pull a considerable hash power that supersedes all other miners in the network thereby increasing the danger of a potential 51% attack.

A ‘51% attack’ is an attack on a blockchain network, in which a single or a group of miners is able to control the majority of the hash rate or hash power. This could undoubtedly lead to corruption of varying degrees.

In such an event, the attacker can potentially reverse transactions they previously initiated in the network, thereby resulting in what is known as double-spending. They could also prevent certain transactions from being confirmed, leading to more severe corruptions within the network.

Why China Wields So Much Computational Power

China’s dominance of the Bitcoin hash rate is not unprecedented as the country houses some of the biggest names of ASIC mining equipment manufacturers such as Bitmain and Canaan Creative — two of the first movers in the mining space. The non-existent of shipping costs for China-based miners makes it the top destination for miners who want to double down on profitability.

Additionally, the availability of cheap electricity is also fueling the motivation for miners’ concentration in the region. This tops the list of reasons for why miners would want to condense within a given geographical location.

Does China Control Bitcoin? Its Dominance Raises The Issue Of A Potential 51% Attack

Considering that almost two-thirds of Bitcoin’s hash rate has its origin in China, it raises valid concerns that China could possibly hijack the Bitcoin network through a collusive effort. Such an attack will potentially require a group of china-based miners to pull enormous computational resources together before they are able to achieve such a feat.

n each day, about 585 bitcoin are earned by miners domiciled in China. This further strengthens the argument that sticking to normal mining operations might bring more benefits than a potential 51% attack.

However, such an attack is likely to happen if the motive is geared towards reasons other than monetary gains.

Away from a possible 51% attack, China could apparently decide to instill various degrees of havoc in the Bitcoin market as they control the majority of the Bitcoin that goes into circulation each day which accounts for about 1% of Bitcoin daily trading volume. The effect could be minimal but a consistent effort to dump the price of the digital asset could cause some significant harm to the market.