Home » How The Election Is Expected to Affect the Crypto Market

How The Election Is Expected to Affect the Crypto Market 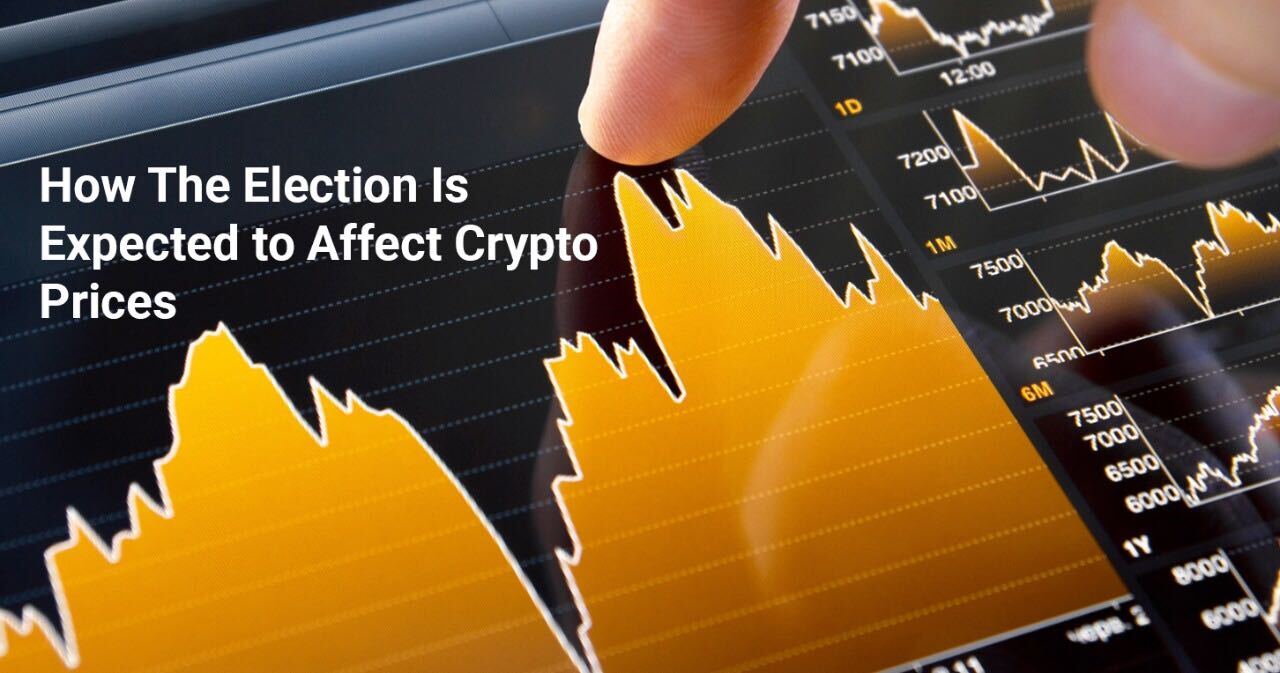 As the United States Presidential election draws closer, some of the major talking points in the crypto community would likely center on the much-anticipated outcome of the election and how they are likely to affect the crypto market. Just like every other financial market, the crypto market will have its decent share of volatility based on political tension.

The year had tarted on a dramatic note: the U.S airstrike that killed an Iranian military leader and the coronavirus pandemic are few of the major events that have impacted the financial markets this year. With President Donald Trump drumming his presidential bid, we could be witnessing yet another tensed political atmosphere.

Bitcoin and other cryptocurrencies are already printing a bullish signal post Bitcoin halving. The market is at a stage where it needs every possible catalyst to sustain the current bull run. Depending on how each candidate views the underlying Bitcoin technology, the market will historically react accordingly.

Joe Joseph R. Biden Jr is the strongest contender against the sitting President Donald Trump. Based on the historical events that have trailed past presidential elections, each candidate’s political and technological ideology will play a crucial role in cryptocurrency market volatility.

How The 2016 Election Affected The Financial Market

The 2016 U.S election which saw Donald Trump became president of the United States was packed with a lot of drama and it was phenomenal in a way as Trump had a tough time clinching ahead of Democratic nominee Hilary Clinton.

We saw Clinton’s campaign pay lip service to blockchain technology in a broad policy statement, only to learn months later that her senior campaign officials saw the digital currency as “too Libertarian” to accept. In other words, Hilary’s potential administration would make no soft landing for the digital asset. If she had won, the cryptocurrency market would have undoubtedly taken a momentary bearish turn.

In the aftermath of the event, Donald Trump´s election success was the dominant focus of most debates for a couple of days. Experts, politicians, and celebrities alike were debating the dilemma of whether Trump will make a good president or not. A lot of focus was thrown at how Trump’s administrative policies will affect the financial market.

Even though Trump hasn’t been vocal about Bitcoin and cryptocurrencies, he has quietly led the campaign that favors safe-haven assets like gold and Bitcoin by extension. This has led to several bullish triggers in the gold and crypto markets.

During the 2016 election, Bitcoin had reacted quite remarkably. Just before the election night, it rocketed to a value of nearly US$740, leveraging on the problems encountered by the Mexican peso. At one time during election results announcements, Bitcoin’s value became stable around the mark of US$705, only to record a significant jump up to US$739 after Mr. Trump was declared the winner.

How The 2020 Election Will Possibly Affect The Crypto Market

Bitcoin and rest of the cryptocurrencies in 2016 were less popular assets compared to the present market exposure. The influx of institutional players into the market has given it the deserved attention and as such the effects of the 2020 U.S presidential election could be massive compared to the previous election.

As November 3rd draws closer, the date slated for the U.S presidential election, Traders would be capitalizing on this event in keeping a tab on the market movement as this period is heavily characterized by high volatility.

Analyst and consultant Dan Popescu shared his view on how the outcome of the U.S. presidential election could affect the commodities market.

“Right now the markets expect [Joe] Biden to win, and that’s also one of the things that I’m quite sure has been bullish for the price of gold and the collapse of the dollar index, and that will continue.”

On the flip side, Trump’s presidency has largely favored the stock market rally as he cuts taxes mostly for the stock market, which has translated into a very bullish sentiment. Popescu has cited that irrespective of the outcome, the U.S dollars will continue in its path towards a steep fall and potentially translate to a long term bullish market for Gold and Bitcoin.

“Gold will correct with Trump victory followed by collapse of the US dollar and explosion of gold to $5,000 faster with Trump than with Biden but up irrespective of Trump or Biden. Both are bearish for the US dollar.”

“The shrinking of its interest-rate advantage makes the USD less appealing and pushes investors to consider deposits in other currencies,” JPMorgan Asset Management’s Patrik Schowitz said in a CNBC article. “These cyclical factors won’t turn around in a hurry and the US dollar likely has room to fall further.”

This way, the crypto community knows what to expect for the long term. The day of the election will undoubtedly be accompanied by high market volatility which will largely be fuelled by speculations of who might eventually emerge as the winner.

Even in the absence of the presidential candidates openly declaring their stance on Bitcoin and blockchain tech, extreme volatility on traditional stocks or oil markets can also affect the crypto market massively.  So it is possible that we might be witnessing big price jumps until the results of the US elections are announced.

Taking a glance at how the previous election in the USA influenced Bitcoin’s price, we can see that it reached a breakthrough and had a  big boom. However before the election, the market had a monetary jump before maintaining a steady uptrend. We could see such a scenario play out in 2020 as well.