Home » How Kraken is Getting Approval for SPDI?

US-based popular cryptocurrency firm “Kraken” is all set to open the world’s first digital Special Purpose Depository Institution with the proposed named “Kraken Financials” after getting the approval from the Wyoming Banking Board.

Kraken has been consistent in maintaining its name in the list of Top 20 Cryptocurrency exchanges in the world. It has recently expanded its operations in Asia and Europe.  It also re-launched its trading services for Japanese Residents.

Yet again, it made headlines after becoming the first regulated digital asset company in the US to receive a Bank Charter, thus getting access to federal payments infrastructure. 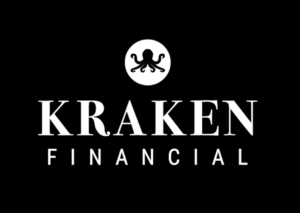 Kraken Financials will deal in all kinds of services (including fiduciary services) in digital assets. That means transactions ranging from online shopping to trading & investments, salary payments to bill payments, everything can take place in a seamless and regulated manner through one institution.

What is SPDI? How Does it Operate?

SPDI works in the same way as a traditional custody bank. But it will deal in digital assets like digital securities, virtual currencies, and utility tokens.

As per the Wyoming Banking Law, it will need to maintain 100% of its fiat currencies deposits as reserves. Thus, there will be nor requirements for FDIC insurance.

It can also deal in assets and market trading. However, being an SPDI, it will not be allowed to lend. Hence, it will mainly depend on service charges of transactions as revenue.

Further, SPDI banks can never have legal ownership of the digital assets it holds. In the event of a SPDI bank going bankrupt, all the assets have to be returned to its customers.

Kraken aims to serve as a bridge for its clients to help them in seamless banking between their digital assets and national currencies. The SPDI will grant them the right to operate an independent banking institution to provide all services in house. There will be no intervention of third-party financial institutions for wire transfers and other services.

Having direct access to federal payments systems will help in integration of banking and funding options of its clients. The bank charter will also let Kraken have regulatory power to operate in other states without having to deal with separate state-to-state compliances. 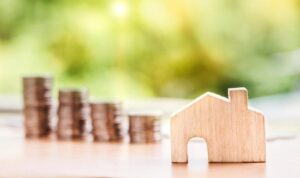 What Kind of Products and Services Will Be Offered By Kraken?

The first and foremost thing Kraken Financials aims to provide to its clients is a banking gateway between digital and traditional assets. It will work as a safe custody of its clients’ USDs and virtual assets. In the first year of its operations, Wire transfer and funding services will also be introduced.

Over the next few years, Kraken serves to introduce the following additional services:

Kraken is also working on its policies to act as a Qualified Custodian for investment professionals as per the applicable provisions of federal and state laws.

Where Will Kraken Operate?

Initially Kraken Financial will look forward to serve only the local residents and have its offices (including back offices and support staff offices) in Cheyenne, Wyoming. It aims to gradually spread its branches across different countries globally.

All existing and new clients can apply seamlessly for traditional financial accounts.

Kraken Financials will have a fully operative customer service and support team working 24*7.