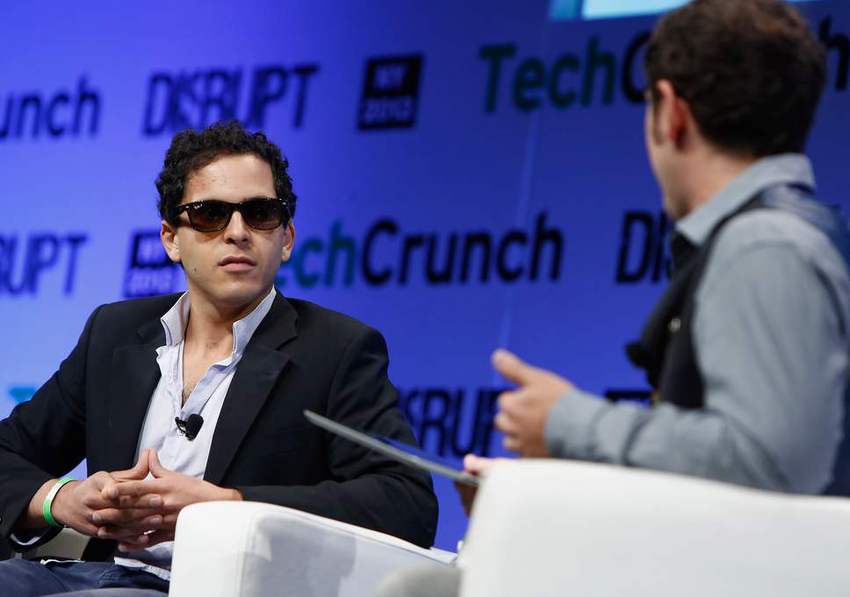 Mahbod Moghadam is no stranger to success, and his latest venture in the world of blockchain and cryptocurrency adds to that repertoire. Mahbod is a co-founder and the chief community officer of Everipedia–the largest online encyclopedia in English. You can think of Everipedia as a more liberal Wikipedia; or as Mahbod puts its,

“It is the “crypto Wikipedia” – it is crazy, and hopefully, it is going to revolutionize how the entire internet works! Some of the original goals are [people with] less notability [can have pages] and [Everipedia makes it ] easier [to] edit [pages].”

But unfortunately, the limited posting guidelines and the fact that anyone can contribute information to Everipedia has caused problems for Everipedia in the past. Shortly after the October 2017 Vegas shooting occurred, rumors started circulating on the internet that a man named Geary Danley was the one who committed the mass murder. This information quickly made its way onto Everipedia, and a page was created for Danley, accusing him of the crime and revealing personal information about his life including a link to his Facebook page. However, the actual perpetrator was Stephen Paddock.

By the time Everipedia corrected this mistake, it had already been too late. Gateway Pundit, a White House credentialed media outlet, had already published an article about the Vegas shooting. The article stated that Geary Danley was the perpetrator and they cited Everipedia as their source (Everipedia has edited its entry regarding the event, and Gateway has since removed the article).

When Timestamp asked Mahbod why this was able to happen and if Everipedia has put any measures in place to make sure people are not falsely accused again, he said,

“Everipedia used to have a breaking news platform. Wikipedia does not cover breaking news, so we aimed for the site to serve as a “Crowdsourced Snopes” – an entire community, not just a husband and wife team.

One time, rumors on Reddit caused false information to appear on the site in a breaking news article. Although the error was quickly corrected – which proves our hypothesis – the site no longer focuses on breaking news.

The crypto governance we are building right now is, hopefully, going to use a whole new – and more effective – approach to determining veracity. Token staking to make edits will, ideally, deter trolls. We want to change the entire game, and we have the best team working on it.”

Since the few incidents regarding false accusations in 2017, Everipedia has not run into issues of the same nature. Covering breaking news was a risk worth taking, but that risk turned out to be greater than the reward.

Regardless of problems that may have existed within Everipedia at a point in time, as of late, there has been a more significant problem in regards to the blockchain and cryptocurrency industry: the bear market. According to Diar, most tokens have dropped 90% from their all-time highs. Bear markets are often felt industry-wide, especially for companies who have launched their own token or rely on their tokens economy to incentivize participation on the network.

But Everipedia seems to be going strong in these turbulent times.

“Everipedia raised $30 million dollars so we have no financial difficulties, based on our current spending, for years to come.”  Mahbod said, “We will be working on our project, which is to transform the internet, for a long time regardless of market conditions.

We also have overwhelming investor interest from ballers who see our vision.”

At a time when the market conditions are unstable, and the outlook some individuals have for the short-term of the industry is bleak. It’s good to hear that a company is doing what a company should do: working on their platform/product and not worrying about the noise in the market. Even in a bear market, if the product or service that you provide is valuable in the sense that it fills a gap in society–which in turn should drive people to the product or service–then the overall market conditions should be irrelevant to business operations.

The future of Everipedia

But still, the bear market has effected a lot– I’d even say the majority–of blockchain-based companies for the worse. It is no secret that some companies have gone bankrupt and that others have turned out to be scams or unregistered securities; and the fact that this mark exists on the blockchain and cryptocurrency industries track record has left a bad taste in the mouth of retail investors. Even some individuals who have been in the industry since it’s inception seem to be uncertain about what the future of the blockchain and cryptocurrency industry will hold. However, Mahbod and the team at Everipedia do not seem to be worried about what the future has in store, as a matter of fact, the team plans to expand the Everipedia ecosystem in the near future,

“The IQ token can be used for more than just Everipedia. We will be using the same token to build other sites – both knowledge projects and social networks.

That is step 2 and step 3! Wikipedia first, then all knowledge projects, then all social networks. We want the IQ token to govern and reward everything people post and read on the internet. We want to change the entire way Silicon Valley works. We don’t think users should be making Mark Zuckerberg rich! We think cryptocurrency is going to change how platforms like Wikipedia, Facebook, Instagram, Quora and everything else operate.”

Rumor has it, there will be two new additions to the Everipedia ecosystem that we will hear about soon; and apparently, more information about these platforms will be coming out in mid-December–so be on the lookout!
As you can see, the future of the blockchain/cryptocurrency industry is not so relevant to the grand scheme of Everipedia. Everipedia has a greater focus on restoring power to internet users than it does on the noise being made in the blockchain and cryptocurrency industry.

And lastly, TimeStamp was wondering why Mahbod Moghadam, the co-founder of Rap Genius who planned on retiring after parting ways with Rap Genius, saw in the blockchain and cryptocurrency industry that made him want to be a part of the community.

“It’s kind of funny, Sam and I were both huge crypto nerds when we launched Everipedia. I was an early Bitcoin/Ethereum investor, and Sam mined Bitcoin and Dogecoin to pay for college.

But at that point, we didn’t see crypto connected to the site at all. When I heard about ICO’s, I didn’t know what they were. I asked Brock Pierce if he could help us do an ICO – I thought they were like an IPO, a way to sell stock. I had no idea about crypto governance and all the important stuff!

Brock and Sam met about 6 months later in San Francisco and they came up with the concept of the IQ token. We raised $30 million from Galaxy Digital to launch IQ on EOS last year! It has been totally crazy – Larry joining too – he is a legend!! This is going to be the biggest internet company of all time – Sam is the next Mark Zuckerberg, that’s why they call him “Persian Zuck.”

As an early investor, an individual who had a vision, and someone who had a promising platform presented to him (Everipedia), Mahbod decided to become part of a team that he saw as revolutionary. Mahbod saw that the potential in Sam Kazemian and his platform–which was really just a project at the time–Everipedia, was vast, so vast that it could compete on the same playing field as major players in the internet and social media spaces.

Mahbod, Sam, and the team at Everipedia saw the gap that existed in terms of Wikipedia searches and were able to provide the solution to solve that problem. And their solution was a successful one, so much so that Larry Sanger, one of the co-founders of Wikipedia, has joined the Everipedia team as their Chief Information Officer.

It is clear that the team behind Everipedia is well constructed and well-versed in business. That being said, it will be interesting to see the two new platforms Everipedia will be announcing in December and the problems in society that they solve.