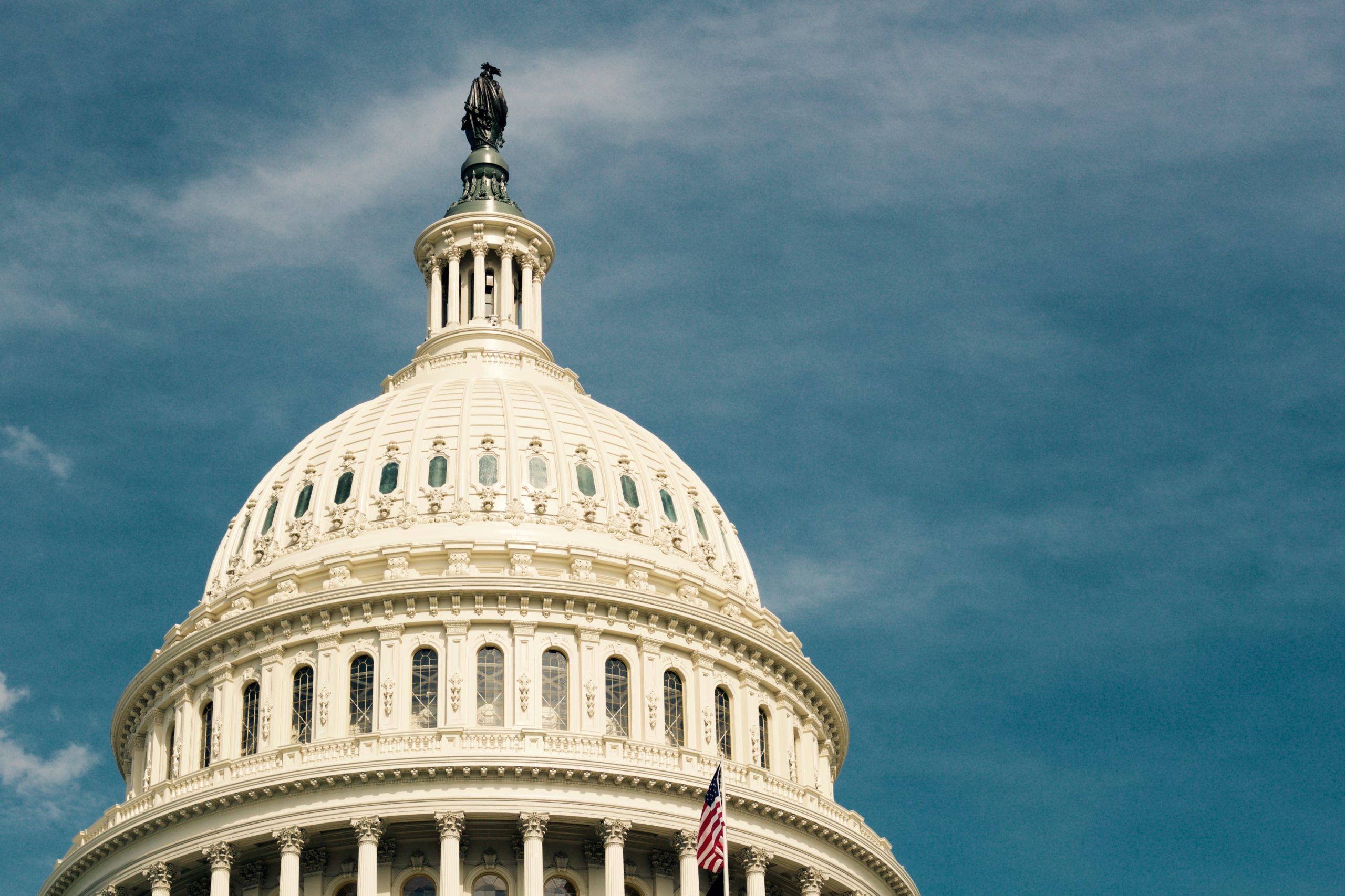 By Marc D. Powers and Jonathan A. Forman 1

Over the past year, the plaintiffs’ bar and Securities and the Exchange Commission (SEC) have brought class and enforcement action proceedings, respectively, against those involved with the issuance and marketing of initial coin offerings (ICOs), including those located outside the United States. The proceedings involving foreign defendants present the interesting and threshold issue in these litigations of whether personal jurisdiction in U.S. courts exists over these defendants. Until recently it was unclear how courts would apply traditional jurisdictional analysis to these token-offering participants.

Two recent decisions this August – a U.S. District Court for the Northern District of California decision in a securities class action and an Eastern District of New York decision in an SEC enforcement action – bring more clarity to this issue. The decisions in In re Tezos Secs. Litig., No. 17-CV-06779-RS (N.D. Cal. Aug. 7, 2018), and SEC v. PlexCorps, No. 17-CV-7007 (CBA) (RML) (E.D.N.Y. Aug. 9, 2018) (unpublished), reveal that federal courts on both coasts are broadly applying traditional jurisdictional analysis to have many – but not all – of these foreign defendants into U.S. courts. Given the ubiquity of foreign ICOs last year and the continuing pace of over $7 billion raised in the first half of 2018, these decisions provide important guideposts, which we outline below, on the types of activities where U.S. jurisdiction over foreign parties will likely apply.

Last year, putative class action lawsuits were filed and later consolidated against Arthur Breitman, Kathleen Breitman, their company Dynamic Ledger Solutions (DLS), Timothy Draper and certain of his venture capital vehicles (Draper), the Tezos Foundation (Foundation), and Bitcoin Suisse AG (Bitcoin Suisse) for the alleged sale of Tezos tokens as unregistered securities. The consolidated proceeding stems from an alleged $230 million ICO of Tezos that the Breitmans, a husband and wife based in California, instituted through the Foundation, a Swiss nonprofit organization established by the Breitmans to oversee the ICO and the development of the Tezos technology. According to the consolidated complaint, prior to the ICO, the Breitmans formed DLS to hold all Tezos-related intellectual property, and Draper held a minority position in DLS and acted as a promoter for the ICO. Meanwhile, Bitcoin Suisse allegedly provided intermediary services to certain individual ICO contributors, including the conversion of U.S. dollars to certain cryptocurrencies, transfer of cryptocurrency to the Foundation and the creation of digital wallets. Defendants moved to dismiss for, among other things, lack of personal jurisdiction, improper extraterritorial application of the Securities Exchange Act of 1934 (Exchange Act), and forum non-conveniens.

1 Marc D. Powers is a partner in BakerHostetler’s New York office representing blockchain industry companies, the former national leader of its securities litigation and regulatory enforcement practice team, and former SEC enforcement division branch chief. Jonathan A. Forman is a counsel at BakerHostetler who represents companies and executives in connection with litigation, government investigations and regulatory examinations, and who advises
regulated entities on their compliance programs.

With respect to personal jurisdiction, the court dismissed the claims against Bitcoin Suisse because its CEO submitted an uncontested declaration that it did not provide services for the ICO to any U.S. investors. The court reasoned that Bitcoin Suisse did not purposefully avail itself of U.S. laws to support personal jurisdiction because its conduct was not expressly aimed at the United States.

In contrast, the court found personal jurisdiction to exist over the Foundation based on several factors. The court began its analysis by recognizing the prevailing law in the United States that a website being hosted on a U.S. server, which is freely accessible by U.S. citizens and highly interactive, is not enough to support personal jurisdiction. Yet the court noted that other factors illustrated that the Foundation purposefully availed itself of U.S. laws. In particular, the court pointed out that the Foundation had at least one U.S.-based employee or agent – namely, the California-based Breitmans who founded it – and marketed the ICO almost exclusively in the United States, resulting in 30,000 U.S. contributors. The court also emphasized that personal jurisdiction is reasonable in light of the fact that the Foundation built an English-language website that was hosted in the United States and structured the ICO to accommodate U.S. investors.

For similar reasons, the court denied the defendants’ motion to dismiss for improper extraterritorial application of the Exchange Act. Meanwhile, the court recognized that the forum non conveniens argument was a “strong one” that could later result in dismissal, depending on discovery. Yet the court at this point found that the customers were not on notice of the foreign forum selection clause in the Tezos website’s browsewrap agreement. Unlike clickwrap agreements that require affirmative confirmation of assent to terms and conditions, browsewrap agreements infer that users assent to the website’s terms and conditions when they browse it.

In December 2017, the SEC initiated an enforcement action against PlexCorps and two of its principals, Dominic Lacroix and Sabrina Paradis-Royer – both Canadian residents – for allegedly participating in a fraudulent fundraising scheme in connection with the sale of $15 million of PlexCoin cryptocurrency. According to the SEC’s complaint, Lacroix issued a whitepaper and created web pages and Facebook accounts marketing PlexCoin, and Paradis-Royer took steps to obscure Lacroix’s involvement. After Lacroix and Paradis-Royer engaged in the jurisdictional discovery and Lacroix failed to appear for a deposition in Canada, they moved to dismiss for lack of personal jurisdiction.

In an unpublished decision, the court applied the traditional personal jurisdiction analysis to deny their motion. In particular, the court found personal jurisdiction over Lacroix and Paradis-Royer because they allegedly conducted business during one visit to the United States, used U.S.-based payment service providers and marketed PlexCoin to U.S. investors via the Internet.

Lacroix and Paradis-Royer argued that their trip to the United States was for leisure. The court discounted their argument, instead, finding that the trip was a “significant contact with this forum” because during it Lacroix allegedly registered two PlexCoin-related websites with a U.S. registration company and logged into PlexCoin’s PayPal account approximately 20 times.

Similarly, the court found significant Lacroix and Paradis-Royer’s repeated use of six accounts with U.S.-based payment service providers Square, Stripe, PayPal and Kraken to process thousands of PlexCoin sales for U.S. investors totaling nearly $4 million. The court noted this was a significant portion of the total PlexCoin token sales of $15 million and that many of those sales
were made in U.S dollars. There were at least 3,500 token sales through these U.S. payment service providers to U.S. investors.

Perhaps the most compelling factor considered by the court was Lacroix and Paradis-Royer’s alleged use of interactive websites on the internet to market PlexCoin to U.S investors. For example, Lacroix and Paradis-Royer allegedly created three Facebook accounts to convey information about PlexCoin, PlexCorps and the ICO and to respond to questions about them. The court found these accounts were “integral to finding investors and directing them to participate in the alleged fraudulent scheme.” The court also noted that these accounts appeared to be directed at Facebook users in the United States, as evident from Lacroix’s own declaration that the “ads were published everywhere on the planet,” including at least one that specifically targeted “North
America,” and the declarations of two U.S. purchasers who stated they learned about the ICO from Facebook.

As another example, the court pointed to the PlexCoin websites registered by Lacroix with U.S. registration companies, which were designed to conduct business and were in fact used by at least four U.S. purchasers. Lacroix argued in his motion papers that he instituted controls to prevent offering PlexCoin to U.S. and Canadian citizens or residents by excluding them as part of the
website’s terms and conditions and requiring potential purchasers to certify that they were not a U.S. citizen or resident. However, the court found this argument unpersuasive because the SEC provided evidence that Lacroix knew these controls were “at least somewhat ineffective.” Further, the court stated that Lacroix removed these controls during the offering and publicly announced PlexCorps was doing so, all in an attempt to have more U.S. investors participate.

It is unsurprising that the two courts applied traditional minimum contacts analysis to determine whether personal jurisdiction exists over the Tezos and PlexCorps foreign defendants. Given the factual nature of this analysis, these decisions are significant in showing what may constitute sufficient contacts with the United States such that a foreign defendant purposefully availed itself
of the privilege and benefits of U.S. laws and therefore should reasonably anticipate being haled into its courts. More significantly for the global ICO market, the PlexCorps decision illustrates that personal jurisdiction also may exist where a defendant’s foreign activities cause effects in the United States, and the defendant knew or had reason to know that those activities would have those
effects.

These decisions also highlight the following activities, which could subject foreign parties involved in the issuance or marketing of an ICO to jurisdiction in U.S. courts:

Ultimately, both decisions caution foreign ICO issuers, marketers and service providers by showing the difficulty in avoiding the jurisdiction of U.S. courts.

The views expressed in this article are those of the authors and not necessarily those of BakerHostetler or its clients.