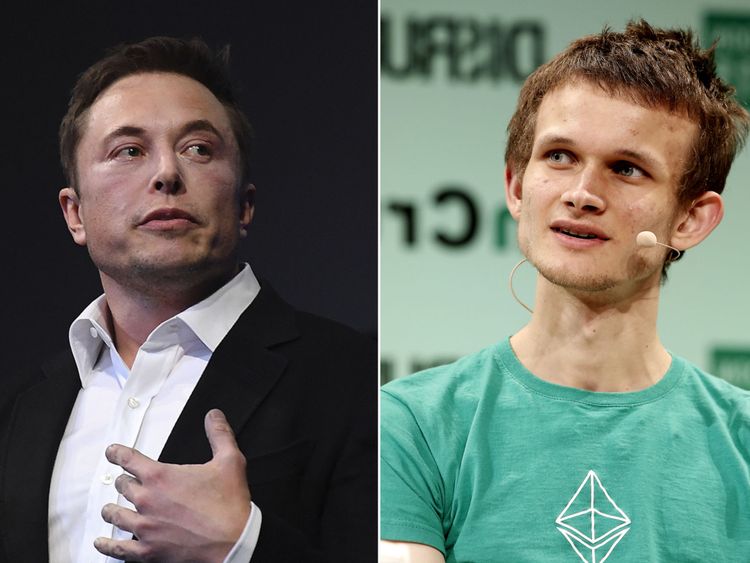 Elon Musk & Vitalik Buterin require no introduction. Both of them have built quite a fan following in the crypto space and are globally known entrepreneurs. Vitalik Buterin is the co-founder of Ethereum, whereas Elon Musk is the famed founder of Tesla & SpaceX. Musk also calls himself the Dogefather and also holds tremendous sway in the crypto market and moves crypto prices up & down regularly through his tweets. But this week, both Elon & Vitalik did something that got them in the center of controversy.

Vitalik Buterin – The Slayer of Memecoins

Vitalik Buterin donated 50 trillion Shibu Inu coins to India’s crypto Covid relief fund, worth $1 billion this week. It is a good deed, so why did Vitalik receive heat from many crypto enthusiasts? It was because the founder of Shiba Inu coins sent half of all current supply of SHIB coins to Vitalik, believing he wouldn’t sell those coins. But Butalik turned against Shiba Inu founders, which also resulted in losses for many SHIB coin holders.

Many experts see this gesture as giving the detonation button in the hands of Ethereum’s founder. The events that transpired later prove that the experts weren’t wrong in their assessment. But Buterin’s actions weren’t limited to SHIB tokens alone, as he also dealt a blow to AKITA coin and ELON coin holders.

Along with 660 billion SHIB tokens, Vitalik also sold 43 billion ELON tokens & 140 billion AKITA tokens on Uniswap, all of which are meme coins like Dogecoin. In total, he withdrew 15,791 Ether from Uniswap, which included 13,291 wrapped Ethereum.

Paying no heed to the motive of Shiba Inu coin founders behind transferring SHIb tokens to his wallet, Buterin went ahead and donated 50 trillion Shibu Inu coins to India’s Covid relief funds. As soon as the news about Vitalik donating Shibu Inu coins became public, the prices of SHIBA crashed 30%.

Vitalik had his reasons to carry out this rug pull. The rising interest in meme coins is causing problems for the Ethereum blockchain, causing gas fees to surge at an all-time high. Such a crazy gas fee is causing frustration among Ethereum & ERC20 users. This must-have motivated Vitalik to withdraw 90% of all Shiba Inu coin liquidity from Uniswap along with its paired ETH.

In an unexpected move, Elon Musk tweeted against Bitcoin, saying that Tesla won’t accept Bitcoin payments anymore. He explained on Twitter that Tesla’s decision was motivated by concerns about the negative environmental impact of Bitcoin mining. Tesla’s decision to stop accepting Bitcoin payments dealt a huge blow to Bitcoin prices, which was down by more than 17% within a few hours after the tweet.

Musk followed with another tweet, this time with a chart showing Bitcoin’s energy consumption. He said in a tweet: “Energy usage trend over the last few months is insane.” The impact of Tesla’s U-turn on Bitcoin payments was also felt in the stock market with Tesla’s shares up 1% after Musk’s criticism of Bitcoin, whereas Coinbase shares were down by 2%.

The price meltdown following Musk’s tweets shows the clout that Musk holds over the crypto space, which is now worrying many crypto enthusiasts. Musk’s actions cannot be termed as a rug pulls in the traditional sense, but many in the crypto world see Musk’s actions to be the ultimate betrayal with the Bitcoin holders.