Uncertainties Clouds The Possibilities Of Trump Completing His First Term

Prediction markets opened to a flow of activities after the recent developments on Mr. Trump’s health, witnessing an 8% swing in daily volume. 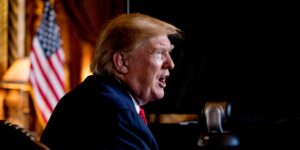 Early Friday morning, the 2nd of October, American President Donald Trump shared a tweet, announcing that he and his wife Melania have just been tested positive for the Coronavirus. Mr. Trump, who was perceived to have earlier downplayed the effects of coronavirus stated that, “It affects virtually nobody except the elderly and those with heart conditions”.

The prediction market has witnessed huge participation featured on the centralized PredictIt Market hosted by Victoria University of Wellington in New Zealand. The question asked was: Will Donald Trump complete his first term? Initially, this question was aimed at measuring the likelihood of the President being impeached or voluntarily resigning. 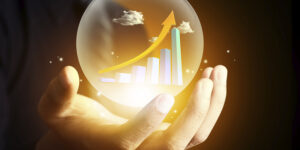 Interests, however, grew after the October 2nd news of President Trump’s health. Daily volume rose from a seven-day average of $6,000 to over $37,000.

Specific rules of this market prediction stipulate that “Temporary incapacitation resulting in the temporal transfer of authority to an acting President shall have no bearing on the outcome of this Market”. Hence, the threat of impeachment is no longer in view. Nonetheless, speculators were betting on the possibility of Mr. President’s death.

Based on Mr. Trump’s health details released by The Physician to the President Mr. Sean Conley, the situation surrounding the President looks scary.

Mr. Trump is aged 74, weighs 244 lbs. (110.7kg), which is considered obese for his height of 6 feet 3 inches, hence at high risk of the coronavirus mortality. Though Dr. Conley revealed in a speech that the President is doing fine and will recover progressively, he bases this claim on the excellent medical services available to President Trump.

Impact of Mr.Trump’s Health on the Political Climate

Exactly 32 days to the 2020 elections in The United States of America, the incumbent President, Mr. Donald Trump, experiences a health threat that many speculate could be fatal following his risk level.

Subsequent quarantining of the President, his wife and some members of the President’s aides may not be the best development in this last lap of Mr. Trump’s re-election campaign.

What will be the fate of Crypto in light of these events ?