Since the most recent charges levied against the largest cryptocurrency derivatives exchange BitMEX, over 45k Bitcoin has reportedly been withdrawn from the exchange. While Arthur Hayes CEO of BitMEX and other figures who run the exchange remains at large, the future of the exchange looks gloomy and could be detrimental to the industry at large. 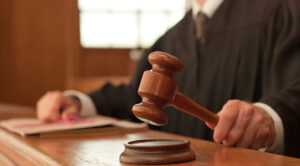 On October 1st, The Commodity Futures Trading Commission (CFTC) filed a civil enforcement action in the U.S. District Court, levying a charge against BitMEX and the three individuals who run the trading platform. The suit anchored on the operation of an unregistered trading platform and violating multiple CFTC regulations, including failing to implement required AML procedures.

How BitMEX Is Currently Dealing With The Development

BitMEX is reportedly registered in Seychelles with offices dispersed globally in Hong Kong and New York, the exchange has been notorious for relaxing KYC compliance, allowing individuals to make a large withdrawal from the exchange without completing KYC.

Reacting to the suit, BitMEX has maintained that “from our early days as a start-up, we have always sought to comply with applicable U.S. laws, as those laws were understood at the time and based on available guidance.” The exchange has further argued that it does not serve customers in the U.S. BitMEX further reassured its users that trades will continue without disruptions.

What This Charges Could Mean For the Industry

While two of the three individuals who allegedly run the derivative exchange remains at large, Samuel Reed was reportedly arrested on the day the CFTC struck the suit.

The United States has a habit of listing more explicit charges on warrants to obtain international extradition of those wanted under U.S. laws, which thereafter degenerates into more complex charges once the individual has been obtained. In this light, one could expect more severe charges to follow once these individuals have been extradited into the States. 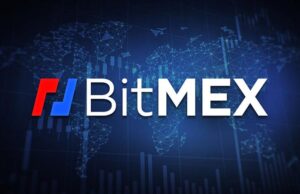 This will undoubtedly dent the reputation of the said derivative exchange and could also raise the eyes of regulators on other top exchanges and other areas of the industry like Decentralized Finance (DeFi). The decentralized protocol which is currently known to apply very minimal AML and KYC procedures could be the next stop for regulators.

There is a wide belief that DeFi protocols can escape the grip of regulators by becoming fully decentralized but in practice, many protocols remain heavily centralized with a ‘God Mode’ admin key which further raises the possibilities that DeFi could soon come under the radar of regulators.

Do NOT follow this link or you will be banned from the site!