On 17th September 2020, Ethereum network recorded a single day transaction of 1,406,000 as reported in the Ehtereum browser Eherscan. With this, Ethereum has reached its new all time high transaction after almost two years.

Ethereum is the second largest crypto currency platform after Bitcoin with its own trading platform. Though Ethereum was built based on Bitcoin technology, how it differs from Bitcoin is that it can be used for any kind of digital assets. It serves as a marketplace of financial services involving digital assets in any form. 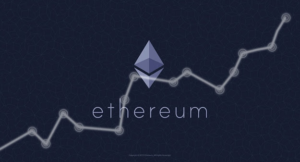 The new highest was reached amidst an ongoing Defi (Decentralized finance) Boom.

What Led to The DeFi Boom?

Between 2017 to 2020, the value of DeFi contracts has raised from USD 2.1 million to USD 6.9 billion. This has resulted in the rising market cap of tradeable tokens used for DeFi Smart contracts. Following this hype, a number of major global exchanges have been rushing to DeFi applications to list DeFi tokens.

Most DeFi applications are built on the Ethereum network because it serves as a robust platform to build decentralized applications. Ethereum platform works on smart contracts that help in automatic execution of transactions if requisite conditions are met.

The rising surge in the number of DeFi transactions has led to this boom resulting in increased level of congestions as well as various scalability issues.

Following the spike in transactions’ number, the transaction fees for Ethereum also witnessed a new hourly record. This rise is thought to be related with the launch of Sushiswap by experts that led the rate to increase to a whopping amount of $1 million per hour.

In the words of Wilson Withiam, an analyst at Ethereum- “Steep network fees are a “double-edged sword” for Ethereum. “They can ward off potential users,”. He also said that increase in transaction fee will in turn increase network utilization and demand for block space.

The news of increasing transaction cost is welcome wholeheartedly by Ether miners as it will lead to higher revenue for transactions. However, various sustainability issues are expected to crop up both in the short and long run.

The rising congestion in the network leads to the rise in the number of unconfirmed transactions, thus increasing the inconvenience for traders in terms of money and waiting hours.

This issue will also pose a threat to the future of Ethereum to be deployed as a smart contract platform.