Home » What’s Going On With Gold

What’s Going On With Gold 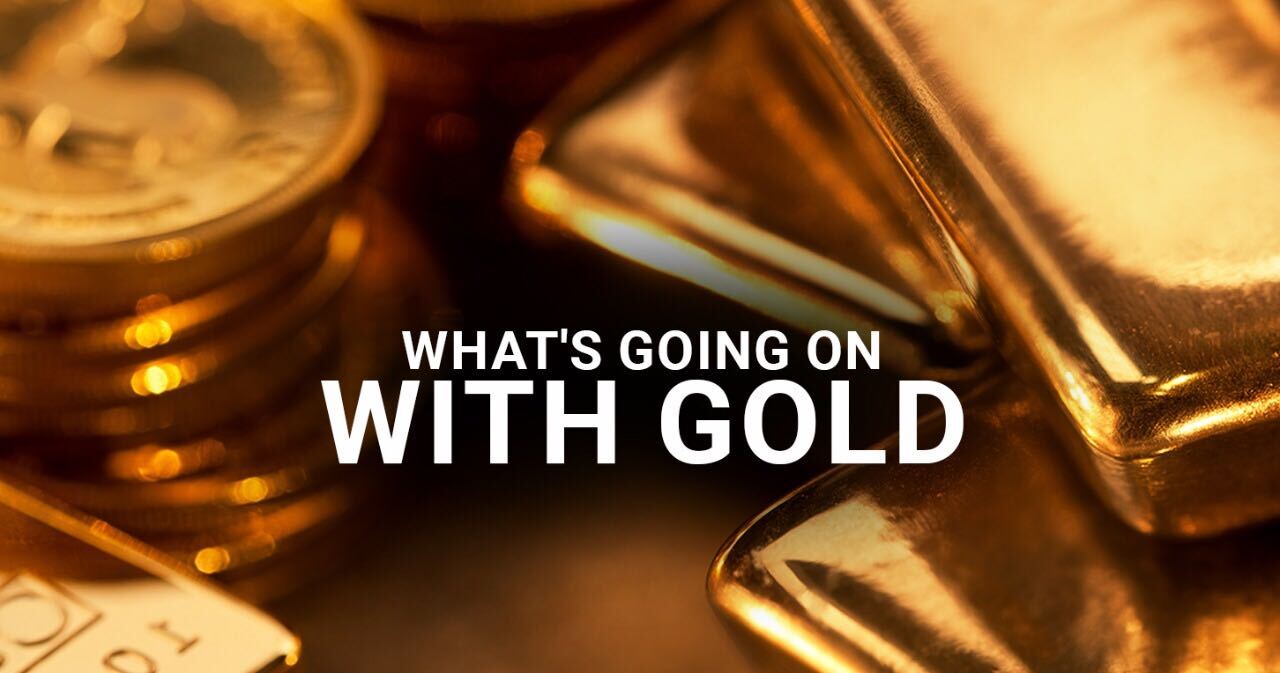 Gold has erased all pandemic losses as it surged past its 2011 all-time high to set a new all-time high record of $2089/oz on the 7th of August. It was deceptive to think that the virus was going to spark a collapse in the global economy, history will record this event to be one of the greatest head-fakes in the recent narrative of financial markets.

The 2020 pandemic would be recorded in the sands of time to be the driving force behind one of the most ferocious rallies ever witnessed in the gold market. What was meant to break the market undoubtedly made it stronger.

Though the stock market has witnessed its share of the recent market rally, however the gold rally seems phenomenal as legendary investor Warren Buffet converted a considerable amount of his wealth into gold.

Gold bullion is up nearly 35% so far this year and is one of the best-performing assets in 2020. The massive rally is currently being fueled by heightened uncertainty around the long-term effects of the global health crisis, as seasoned investors turn to safe-haven assets as an alternative store of value in today’s low-yield world.

The yellowish metal is currently trading at $1918/oz as at the time of writing after it has enjoyed an onward trajectory movement with massive back to back weekly gains. It doesn’t look like it’s done yet as the precious metal might just be on track for the longest streak since 2006.

What Could Be Fueling This Massive Rally?

Most analysts have been succinctly bullish on gold for a couple of months following the gold rally. Sometime in April, Bank of America Corp. raised its 18-month gold-price target to $3,000 an ounce. BoA prediction was made after the initial global market fall in march as a result of panic selling caused by the Covid-19 pandemic.

As the Federal Reserve holding rates plunges near-zero region and the heightened $15 trillion debt offering negative yields, most of Wall Street’s brightest minds are beginning to question the wisdom of owning bonds and as such they are already shifting focus to safe-haven assets to hedge against future equity volatility.

The key driver behind this rally “has been real rates that continue to plummet and don’t show signs of easing anytime soon,” stated Edward Moya, a senior market analyst at Oanda Corp. he further reiterated that he is “concerned that stagflation will win out and will likely warrant even further accommodation from the Fed.”

Bond has been a good portfolio diversifier but it’s becoming clear that the focus is shifting already. “Safe government bonds have always played a very important role as a portfolio diversifier and will continue to be, but we have to recognize that their potency is diminishing due to the low absolute level of yields,” said Geraldine Sundstrom, managing director, and portfolio manager at PIMCO.

In August, it was reported that Warren Buffet, chairman of Berkshire Hathaway has committed to a massive investment in gold.

The company which had previously held shares in JP Morgan Chase reduced its shares by 61%, sold off some of its holdings in Goldman Sachs, PNC, and Wells Fargo to invest in Barrick Gold, a Canadian-based company whose stock has a strong correlation with gold.

Bitcoin maximalists have capitalized on Buffett’s recent move to speculate the possibility of Buffet making a similar move on Bitcoin. “Warren Buffet will start panic-buying bitcoin at $50,000, just like Peter Schiff”. Max Keiser, founder of Heisenberg Capital had tweeted.

Buffet’s previous negative sentiment about gold and his recent move to diversify Berkshire’s wealth into gold investment shows that the paradigm is fast-changing and more investors are beginning to embrace gold as a safe haven asset. This explains the major reasons for the huge movement in gold prices.

Gold Rally Could Just Be Setting The Stage

Fundamentals are pointing to a further extension of the gold rally as governments and central banks continue to respond to slowing economic growth with a robust stimulus package. As the United States rolls out more stimulus deals, it could be setting the stage for a renewed rally in gold prices.

As the US election draws near, the geopolitical tension originating from the event could also be a catalyst for the next phase of gold’s rally as most analysts maintain a bullish sentiment while citing the upcoming presidential election.

Jigar Trivedi, a fundamental research analyst, at Anand Rathi Shares and Stock Brokers is of the view that “Already it’s an election year for the US. And we believe that the US will not spare Chinese for this spread. Hence, 2021 will see more fireworks from the trade war between the US and China”.

Should the current gold rally be perceived as a 9-day wonder or a sustainable price movement? Time has all the answers. However, the current fundamentals look extremely bullish and a lot of factors are rallying behind the massive interest in the accumulation of gold.