Home » How Pension Funds Can Incorporate Crypto Into Their Portfolios?

How Pension Funds Can Incorporate Crypto Into Their Portfolios? 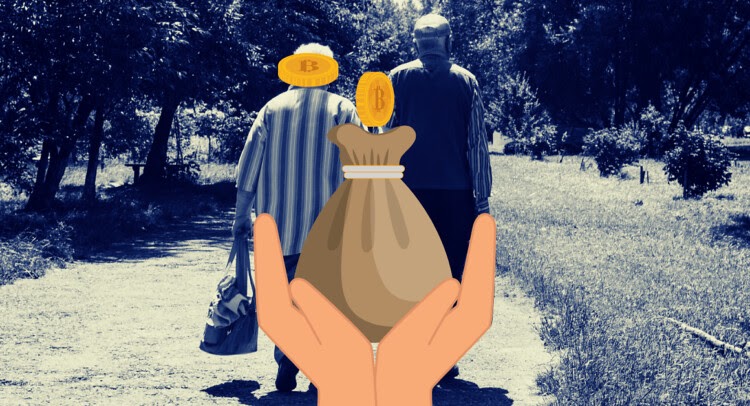 An Industry Worth Exploring For Pension Funds

The crypto industry is worth $270 billion in 2020 and it is still seeing pretty high traction and growth. On the other hand, the pension funds are facing lots of issues as the number of profitable investment options has reduced considerably for them.

Could the crypto industry solve the woes of pension funds? Well, crypto space is growing at a tremendous rate and has offered excellent returns to investors for many years. Now, let’s explore the issues that the pension funds around the world are facing.

The first and foremost issue is that the number of people entering the workforce in western countries is far lower than the number retiring. Today, people are also living far longer compared to the past, which means that pension funds have to pay pensions for a longer duration.

The interest rates offered by traditional investment assets have also decreased considerably. All these reasons have compelled the pension funds to look for riskier options to invest in.

Crypto investments can prove to be the knight in the shining armor for the pension funds. So the question which arises is not if a large number of pension funds will include cryptocurrencies in their portfolio but when.

How can pension funds incorporate cryptocurrencies in their portfolio? Let’s find out.

The most straightforward option for the pension funds to incorporate crypto in their portfolio is to invest in blockchain-related companies & cryptocurrencies through the crypto-focused funds.

Two Virginia-based public pension plans were the first two public pension fund organizations to invest in blockchain technology companies in the United States. The first of which is Fairfax County Employees’ Retirement System and it is managing a fund worth $4.2 billion. Another one is the Fairfax County Police Officers Retirement System which manages a fund worth $1.5 billion.

Both Fairfax County Employees’ Retirement System and Fairfax County Police Officers Retirement System committed a small amount of their fund size to invest in blockchain-related companies. The employees’ fund allocated $10 million to invest in blockchain technology companies, whereas the police fund allocated $11 million for it.

The Ontario Municipal Employees’ Retirement System started investing in bitcoin in 2017, albeit indirectly.

OMERS Venture has C$800 million in its kitty. It is the in-house venture capital unit of the C$85.2 billion pension fund. As per the managing director of OMERS Venture, Jim Orlando, “pension funds can explore the Exchange-traded products to get exposure to bitcoin.”

The Ontario Municipal Employees Retirement System launched a new company in 2018 called Ethereum Capital Inc. The company, Ethereum Capital Incorporation was launched by OMERS in partnership with the Toronto-based company Citizen Hex and L4 Ventures, a blockchain startup incubator. With this new company, OMERS expanded its reach in the crypto space.

OMERS believed that Ethereum technology will soon become a frontrunner in the use of blockchain protocols for the development of enterprise-grade applications. They weren’t wrong as the number of transactions has been increasing rapidly on Ethereum blockchain and it is expected to maintain its growth momentum for a long-long time.

The cryptocurrency exchanges are making the most out of the growing cryptocurrency trading market. It is just like how the merchants who supplied the equipment made the most of the money during the gold rush.

The South Korean National Pension Fund created two venture capital funds to invest in the cryptocurrency exchanges. Among them, the first VC fund invested in the operators of Upbit and Coinplug, and the second VC invested in Bithumb and Corbit. The four cryptocurrency exchanges received 2.6 billion won in total as investments from the National Pension Fund of South Korea.

What Does This Mean For Pension Funds?