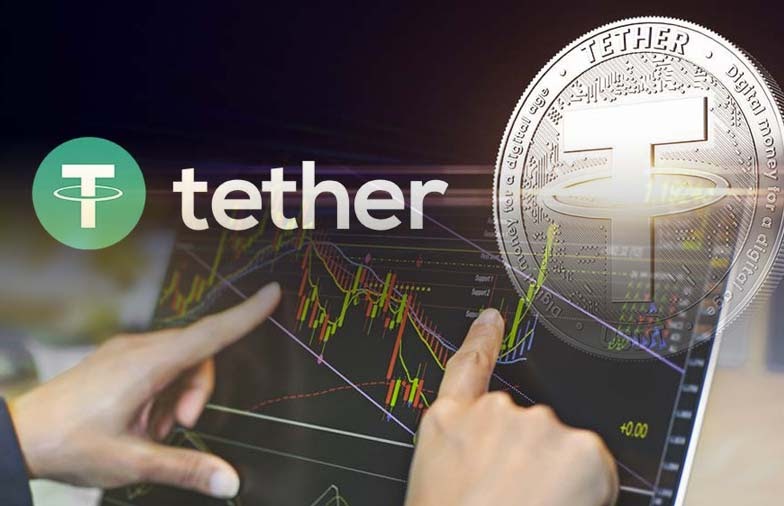 USD Tether (USDT) is only a few million bucks away from hitting a historic two-digit billion market cap after displacing Ripple (XRP) to become the second-largest altcoin by market capitalization. After Bitcoin and Ethereum, Tether sits behind as the third most popular cryptocurrency with a lot of traction for more astronomical growth.

Interestingly, USDT is the only stable coin with a billion-dollar market cap. Despite the controversies that have trailed Tether, it has continued to gain increased momentum.

A Brief History About Tether

Tether belongs to a breed of cryptocurrencies called stablecoins, which is reportedly backed by the United States dollar on a 1:1 basis. The project was first launched in 2014 after rebranding its name from Realcoin. The project was first founded by Brock Pierce, Bitcoin foundation director alongside software engineer Craig Sellars, and Reeve Collins.

The digital asset was initially launched on the OmniLayer platform and was later issued on the Ethereum and Tron blockchain. Every time a new Tether is printed, the community can easily track its activities and movement on the blockchain in which it was issued.

Since Tether started gaining market traction, there have been purported claims that the digital asset has no real backing by the United States dollar. In another claim, it was reported that crypto exchange Bitfinex allegedly owns Tether, controls a core part of its operation, and has direct access to dip into Tether’s reserve to facilitate its exchange business.

A correspondent at Bitfinex had stated in august 2017 that “Bitfinex does not own Tether” while revealing that Bitfinex is a sister company with a minority share of about 30%. However, there have been purported claims that iFinex of the parent company Bitfinex controls the core operations of Bitfinex and Tether.

In 2018, iFinex was slammed with a lawsuit by the New York State Attorney General for engaging in a cover-up to hide the apparent loss of $850 million of a co-mingled client and corporate funds.

On October 15, the USD pegged stablecoin which was supposed to maintain a ratio of 1:1 with the US dollar was reported to have dipped below the $1 mark following the huge selloff of the digital asset after claims that not all amount of Tether in circulation is appropriately backed by the US dollars in the Tether reserve.

There have also been concerns about the lack of proper auditing of Tether’s Reserve and its business operations. However, Bitfinex revealed in April 2019 that only 74% of Tether in circulation is backed by cash. Though it’s not entirely clear what that number is today.

For a second, one would wonder why Tether has witnessed such an astronomical growth leaving other stablecoins behind despite the series of controversies that has trailed the digital asset since its inception. An argument could be raised to support the assertion that Tether is enjoying the benefits of being the first stablecoin, hopefully, there would be more to follow suit.

Factors That Could Be Responsible For USDT Surge In Market Cap

Aside from Tether, no other cryptocurrency on the strength of the dollar has attained a billion-dollar market cap. This is not to say that other popular stablecoins like PAX, USDC, and BUSD haven’t witnessed noticeable growth this year but USDT is unarguably miles apart.

The BTC–USDT pair accounts for the majority of BTC traded into stablecoins with a whopping 92% of the volume. The demand for stablecoins is evident in the Tether supply which experienced a record growth rate between March and April, witnessing over $2 billion growth in market cap in a month.

A research firm Glassnode also pointed out that the USDT balance held across all exchanges is now at a record high of 1,661,769,830.684 USDT. According to a report published in 2018, the increased popularity in stablecoins could be directly traced to the longest bear market experienced in 2018 which led to a large volume purchase of Tether as traders seek out a safety net to hedge against the continuous fall of Bitcoin price.

A closer look at the market data for this year also revealed interesting findings between the surge in USDT market cap and the U.S dollars which have continued to gain value against other Nation’s currency pairs despite the robust U.S. COVID-19 stimulus package.

Since the digital dollar project was proposed, most people have suggested stablecoins as a viable alternative to contactless payment in the face of the current global pandemic. There has also been an increase in merchants accepting payment in stablecoins after BitPay launched worldwide stablecoin payments. These factors coupled together are playing a huge role in the USDT market surge.

After displacing XRP to become theo second-largest altcoin by market capitalization, should the Ethereum community be bothered about ETH losing its first place as the largest altcoin to USDT? It’s probably still early to draw a line between the duo because the Ethereum market cap is currently more than twice that of Tether – $27.1 billion against $9.2 billion.

In contrast to the current numbers, a report from Blomberg issued a crypto market outlook for June. Blomberg’s findings attributed USDT as the main drivers for the surge in Bitcoin price and according to the research, Tether (USDT) could be on its journey towards ripping Ethereum of its first place as the largest altcoin by market capitalization:

“Interest in digital links to the dollar represents the need to transact and store value in the world’s reserve currency without an intermediary.”

Again, the report points back to an “interest in digital links to the dollar” as a key metric driving the upsurge in the popularity of Tether and other stablecoins at large. Since plunging from $1400, ETH has been a shadow of itself with no promise of reclaiming its previous all-time-high.