Home » Why MakerDAO is Changing their Collateral Guidelines

Why MakerDAO is Changing their Collateral Guidelines 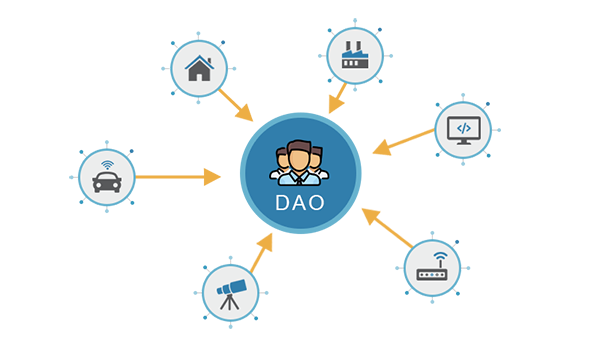 MakerDAO, the world’s largest decentralized finance (DeFi) platform with over 60 percent dominance is now considering expanding its reach by tapping into the traditional non-crypto market. This feat will be achieved if the organization finds non-crypto collateral as a good fit for the platform after weighing the available options.

If you have been keeping up with the trend you would probably realize that decentralized finance (DeFi) is the next big thing on blockchain technology. DeFi is one of the latest innovations that has emerged from blockchain and is part of the application gearing for mainstream adoption.

DeFi is primarily built on the Ethereum blockchain and provides users with access to financial services such as lending, borrowing, trading, investing, and making payment in a decentralized environment void of third party interference or intermediaries.

The roles played by financial institutions serving as intermediaries are currently being replaced by decentralized smart contract protocol. Since inception, the borderless protocol has been gearing for mainstream adoption which has led to robust growth. The value of tokens locked in DeFi currently sits at $1 billion.

Maker Is So Far The Largest Defi Market

Maker is the most advanced decentralized financial application currently in the market with over $600 million locked as collateral and makes up about 60% of the total DeFi market share. Maker was created in 2014 with the mission to provide a decentralized credit system that is solely collateralized by its cryptocurrency DAI, a stablecoin pegged to the U.S dollar on a 1:1 basis.

The platform has long evolved into a decentralized autonomous organization called MakerDAO on which the Maker governance is built on.  Primarily, DAO is composed of independent users all over the world who are holding the MKR token which affords them the right to vote on changes that may be implemented on the protocol.

After handing governance over the smart contract that underpins the MakerDAO (MKR) protocol to MKR token holders, the platform is gradually aiming to become the first fully decentralized blockchain protocol.

The DAI native token plays a huge role in powering the Maker economy as it facilitates primary functions like lending, trading, and investment. DAI is the only truly decentralized digital asset that provides stability for users without restrictions. Contrary to other existing stablecoins, the DAI isn’t backed by physical cash in any bank but deploys the use of smart contracts and the collateral held in the form of ETH to ensure a price correlation of 1:1 with the US dollar.

The Current Protocol Being Considered By MakerDAO

After shifting governance into the hands of the community, MakerDAO is currently weighing the option of accepting real-world assets (RWAs) as collateral in addition to the existing cryptocurrencies used as collateral. The final decision will be determined in a voting process by token holders.

The proposal aims to grant privilege to supply chain invoice and musicians’ future royalty streams to be used as security when they lend out DAI. These RWA assets would be recorded on the Ethereum blockchain with the aid of non-fungible tokens (NFTs), a similar innovation deployed by CryptoKitties.

With this approach, businesses and artists could take out a loan in DAI, head to Coinbase, and convert it to cash to meet business needs. By leveraging on this fast and transparent protocol, small businesses won’t be caught in the web of failed business deals due to financial needs.

Should the majority of voters agree to the implementation, MakerDAO will be opening its doors to non-crypto users who utilize financial services in their day to day business operations. This could also be a great way to spread and diversify risk across various asset classes. On a wider scale, this could also be a giant move into a real-world, mainstream use case of DeFi.

If this proposal scales through, Maker could be bringing lending services to a greater population who wants to get rid of the mediating role played by banking institutions. In the event of a loan default, users won’t have to rely on the traditional legal system to pass through the rigorous process of claiming rights to collateral as an automated smart contract will handle this process.

Lucas Vogelsang, CEO of Centrifuge, a startup focused on bringing real-world use cases to DeFi has stated his optimism about the move:

“These businesses are looking to DeFi as a way to get money quicker and get it on their own terms, without having to go to a bank, they don’t have crypto to get their DAI loans, so they need to be able to use their invoices or their inventory.”

Before now, trade finance has been solely facilitated by private, permissioned enterprise blockchain. All that is set to change as Vogelsang believes that it’s just a matter of time before most of these projects move their operation to DeFi.

As Maker prepares for the big challenges that accompany these giant moves, how will the organization deal with the future debt crisis? After the march 12 “black Thursday” crash that wiped over 50% of ETH’s value and resulted in $6.65 million in losses in collateralized DAI,  MakerDAO seems to have revisited a part of its collateralization process.

To check against such occurrence, MakerDAO governance protocol can now “instantly halt the auction system and hence liquidations” to prevent the sale of collateralized debt positions for 0 DAI. During this timeframe, Maker also introduced the addition of stablecoin USD Coin (USDC) as an additional collateral option to help diversify risk.