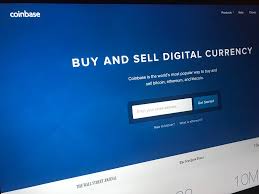 In an announcement, Coinbase has revealed that it is looking to support 18 new digital assets which include VeChain, DigiByte, and Synthetix.

Headquartered in San Francisco, California, Coinbase, one of the largest cryptocurrency exchange platforms is looking to offer support to new digital assets.

The exchange further stated in the blog that the process of adding support for these assets will require considerable technical and compliance review along with some crucial regulatory requirements. However, no timeline has been released as to when these assets will be available.

Another considerable statement by the platform was “We will add new assets on a jurisdiction-by-jurisdiction basis, subject to applicable review and authorizations, Our customers can expect Coinbase to make future, similar announcements as we continue to explore the addition of numerous assets across the platform”.

As a part of the token expansion of the platform, the inclusion of the stablecoin, Tether(USDT), was also announced by Coinbase Custody. Coinbase Custody is the international institutional cryptocurrency holdings arm of the exchange. However, the announcement regarding Tether in a Tweet seems to be an accident as the post referring to the inclusion was deleted by Coinbase.

Benefits to the Token Prices

Whenever there is an announcement regarding a token asset, an increase or decrease in their price is a prominent expectation. In this case, a rise in the token prices is a common repercussion after the addition of new digital assets by Coinbase. An example of such repercussions can be seen from the announcement of the addition of Stellar Lumen(XLM). Cointelegraph revealed that after its announcement of incorporating Stellar Lumen in March 2019, There was a 5.66% increase in the token price on that day. The recent doubling in the price of MakerDAO (MKR) after being added to Coinbase falls under the same assumption.

An increase of 12.34% was noticed in the price of VET following the announcement of its addition to Coinbase. The price went from  $0.0081 to $0.0091. A similar surge in DGB was also reported stating that it has risen above $0.02 for after a long time.

Surprisingly, the trending hashtag on twitter, #DeleteCoinbase shows that a considerable number of members of the crypto community still show no affection for the exchange platform.

A statement by a Reddit user, “itscbj”, said that “They dropped the ball with the last outage. This may be too little too late”.

The platform has witnessed massive withdrawals recently. This is believed to be prompted partly by the recent outages during Bitcoin(BTC) price surges and partly by the news that the Internal Revenue Service (IRS) and the Drug Enforcement Agency (DEA) are going to buy the blockchain intelligence arm of Coinbase. Withdrawal of 22,000 more BTC than deposited by the users of the exchange on June 7 represents a difference of $214 million. As a result, users are shifting their funds from Coinbase. Bearing witness to this assumption, Celsius Network Chief Executive Officer (CEO) Alex Mashinsky revealed that the platform received more than $70 million in deposits which he believes is because Coinbase users are looking for a new platform.