Nominal Effects of Blockchain Voting on the Presidency of Vladimir Putin 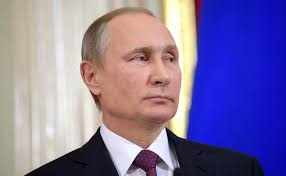 A blockchain-backed system of voting will be available to the citizens of Moscow. This system will allow more transparency to the voting structure and people will be allowed to vote on the constitutional amendments of Vladimir Putin.

Blockchain technology has been at the forefront of technological advancements in almost every country. From the banking sector to social media to self-sovereign identity, Blockchain has revolutionized all domains and Russia’s voting structure is going to be subjected to the power of this technology too. The upcoming e-voting in Russia for the voting on constitutional amendments is a derivative of the Blockchain technology.

Any constitutional amendments made by Vladimir Putin will be subjected to the votes of the people of Moscow through a blockchain-powered online voting system. The citizens will be allowed to become a part of this e-voting from 5th June, as stated on the official government website of Moscow.

The Immutable Votes Through Blockchain

Leveraging the core functionalities of blockchain that are cryptography, immutability, and transparency, the officials advocating the benefits of a blockchain-based voting system over the traditional system. This e-voting is expected to take place from 25th June for a period of 5 days and will promise optimum security and transparency.

An official statement says “The safety and transparency of electronic voting will be ensured by blockchain technology. Such a network does not have a single server: in order to change the information regarding bulletins, it is necessary to obtain the approval of most network participants, so the chain is almost impossible to hack. The vote itself is anonymized and encrypted.”

According to this statement, being a distributed ledger technology, blockchain eradicates the need for a single database and is rather distributed among several servers leading to an unhackable chain of data. Each server contains a cryptographic key that is encrypted in the subsequent server making it virtually impossible to change the votes once they have been cast.

However, the Moscow government did not reveal other specifications of this implementation such as the kind of Blockchain technology to be used, the protocols to be included, or the Blockchain platform to be leveraged. Even the company details to whom this project has been entrusted are not mentioned by the officials.

This vote will determine if the citizens of Russia are in favor of the constitutional amendments or not.

Putin has been in the office either as President or as Prime Minister ever since 1999. If these constitutional amendments, introduced on 15th Jan 2020, are accepted by the Russian people, Putin will be allowed to serve until 2036 with two more six-year terms. On the contrary, if the people of Russia vote against these amendments, Putin will have to leave his post as the President of Russia in 2024.

Putin has no-doubt issued a number of deadlines to introduce legislation of the cryptocurrency industry in Russia, but he has failed to introduce one. With the highest number of global Bitcoin (BTC) peer-to-peer trading on LocalBitcoins exchange, Russia has been at the top of this industry in 2020. This means that the future Russian president will not only rule Russia but also rule the biggest market of cryptocurrency in the world.

Recognizing the immense power of Blockchain, this will give an edge to whoever rules Russia. This can be further confirmed by the statement passed in late 2019 by Changpeng Zhao, CEO of Binance. In his statement, Zhao claimed Putin “the most influential person in the blockchain space.”