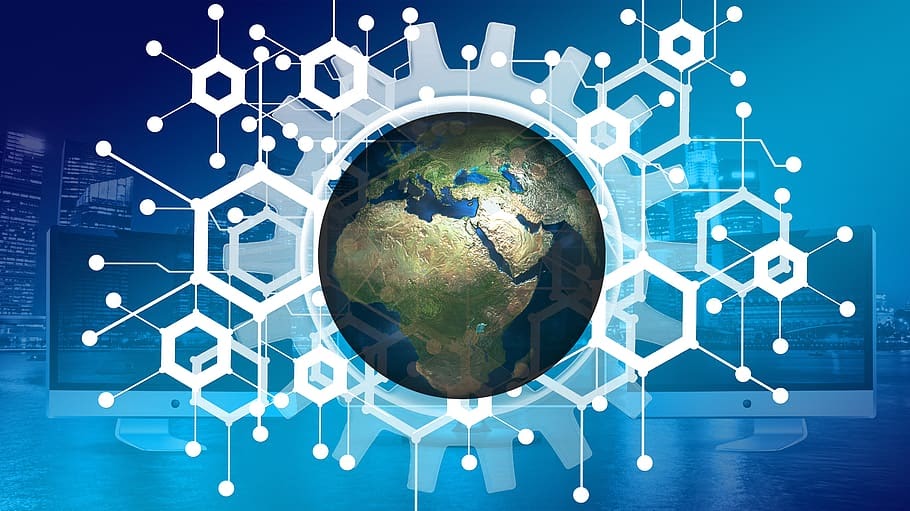 Our list of crypto developments during coronavirus and how the industry is continuing to evolve despite worldwide lockdowns.

Since the outbreak of the coronavirus pandemic, things have never returned to the same anywhere in the world. Lifestyles have been totally disrupted, the global economy has taken a steep downturn with no promise of returning to old glory as the pandemic doesn’t show any signs of ending anytime soon.

Contactless payment infrastructure is once again being valued as the face of modern payment due to the vulnerability of banknotes in aiding the spread of the virus. This had prompted the U.S Treasury Department to reconsider the issuance of a digital dollar, a viable contactless way to disburse covid-19 relief funds.

Necessity they say is the mother of invention. The need for a Central Bank Digital Currency (CBDC) has now become more necessary than ever. The focus of the 2020 consensus which happened in April was keynoted on the issues surrounding the proposed CBDC, with the ECB board member Yves Mersch anchoring the event.

France has already taken the lead in this innovation after conducting tests of its own CBDC in April which has paved the way for a digital euro.

Favourable Crypto Regulation Is On the Way

It takes something extraordinary for cats and rats to duel under the same roof. The same narrative can be said of the U.S SEC and crypto ICO. However, the story is gradually changing, maybe for the short term. The U.S SEC has loosened crowdfunding guidelines amid the economic slowdown.

The SEC has raised the bar above the initially stipulated limit of fundraising amount allowed by the regulatory body under predefined conditions. The annual funding cap of $1 million has now been raised to $5 million. Individual investor’s limit has also been increased which now grants them the privilege of contributing 10% of their annual income or net worth.

In a similar trend of finding common ground with the SEC, Proof of Stake Alliance (POSA) now seeks for industry-driven standards for PoS protocols. POSA had convinced the SEC to see to the possibility of widespread adoption of Proof-of-Stake (PoS) protocol while recounting the advantage of the PoS protocol over the Bitcoin’s Proof-of-Work consensus algorithm.

Depicting a similar progression, crypto regulations have also been quite favorable this year with South Korea and Singapore taking the lead. Singapore has granted crypto license exemptions to Ripple, Coinbase, and Binance to operate freely within the region.

It’s gradually becoming clear that Asia is pioneering the way when it comes to favorable crypto regulations. Also, Gibraltar, a country in Britain territory is fast becoming a blockchain hub for most blockchain firms as the country has succeeded in formulating crypto regulatory laws that have failed in most nations.

In the United States, a new bill is now facing the Congress, mandating regulators to come forward with a massive survey on the state of blockchain adoption and subsequently produce a ranking to reveal the U.S blockchain adoption rate relative to other nations. This will determine the next move concerning regulation, and the designation of agencies to oversee each blockchain sector.

Sometime in March, The Indians witnessed what could be termed as the “India Crypto Renaissance”, after India’s Supreme Court revoked the RBI’s crypto ban. This era positioned India as one of the top destinations to watch out for as the 2018 ban on crypto was being lifted. Contrary to this, findings in May have revealed that not all banks seem to have complied with the new ruling, should we say, ‘give it more time’? Maybe yes.

Biggest Regulatory Fallout In The Second Quarter Of 2020

After 2 years of an intense battle between Telegram’s TON and the United States SEC, TON came to a halt after the SEC won a preliminary injunction in the U.S court to bar Telegram from launching TON or distributing its gram tokens. Telegram founder Pavel Durov has stated his decision to discontinue the project following the unending battle with U.S regulatory bodies.

As the project came to an abrupt halt, Telegram has stated a two-way reimbursement plan for its investors: investors could opt for 72% of their funds to be returned immediately, or they could choose to wait for one year and receive 110% of their initial investment.

Even though the core idea surrounding the TON project has been aborted, however, the TON blockchain is still very much alive and development will continue as planned. Being an open-source blockchain project, it is, therefore,  not subjected to the hooks of the regulatory bodies as Telegram has no control over the network.

Main Developments During Covid Are in Crypto Exchanges

The world’s largest cryptocurrency exchange, Binance has been doing so much in the cryptocurrency space recently. From Coinmarketcap acquisition to the registration and approval of a new Chinese domain; the strategy seems to be working perfectly for the giant company as it is already gaining legal ground in the Chinese market, first time as a blockchain firm.

Binance Academy has also established a physical presence in Shanghai after an initial agreement with Shanghai’s local government to set up an office in the country. Even though it hasn’t been officially recognized as a Binance office, this is however considered as a step in the right direction for the entire crypto community at large.

While the rising of layoffs now at a global scale, the narrative is quite the opposite for blockchain firms. In April, Binance announced 100 new hires despite the ongoing economic downturn. The Binance workforce now sits above 1000 after this addition.

Blockchain adoption has been growing at breakneck speed on a global scale. At the end of April, China’s cyberspace regulators approved 224 Blockchain ventures, this is not unusual as China holds the largest blockchain patents worldwide.

In a march towards mainstream adoption, banks haven’t been left out of the race. Largest US bank, JPMorgan had announced its decision to provide banking services for two regulated exchanges, Coinbase and Gemini. As one of the top global banks, JPMorgan is already setting worthy precedence for others to follow.

Though the bank had made it clear that they aren’t in any position to sell any digital asset such as Bitcoin, however, they are fully providing cash management systems and handling dollar transactions for their U.S.-based clients.

As we always discuss in our updates, things move very quickly in this space and we will continue to search for changes that are relevant to anyone interested in the crypto industry.