Development Trends In the Top 20 Altcoins 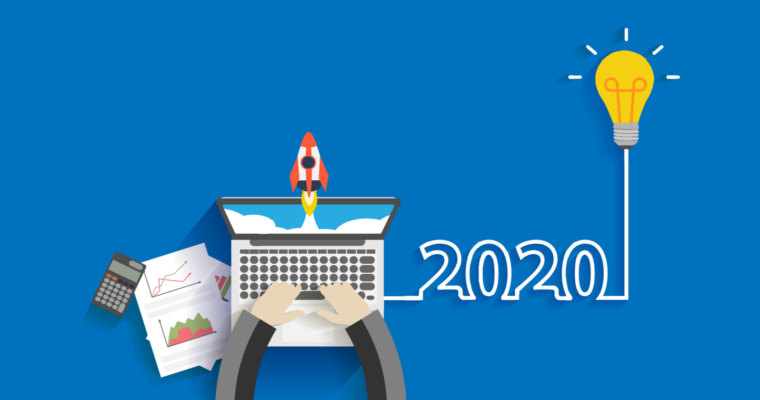 Despite the market turbulence, development trends for the top 20 altcoins show continued innovation with product development. This piece explores the most recent updates from top altcoins.

The entire crypto market is still recovering from the massive dump on March 12th which was a result of the continuous downfall in the global market – stocks and oil prices. In a span of 24 hours, Bitcoin saw a price slump to the 3.7k region before bouncing back to the $5k mark. Since that recent dip, the digital asset has now recorded a 100% gain and now trading close to $7k. (As of 16th of April)

While the crypto community prepares for the upcoming Bitcoin halving, a lot of uncertainties cloud the market as the global spread of coronavirus intensifies. It’s at times like these where companies say, “If you build it, they will come.”

Ethereum is the first and the most popular smart contract platform housing the largest number of decentralized applications (DApps). Etheruem was founded on July 30th, 2015 by Vitalik Buterin. The community is already gearing for its 5th anniversary this year in a few weeks time.

Ethereum network protocol is based on the Proof of Work (PoW) consensus algorithm. Most of the Ethereum development update has been pointing towards the transition from a PoW to a PoS (Proof of Stake) blockchain which will launch the first phase of ETH 2.0. In this progression, the ETH network has witnessed several upgrades in the past.

The Casper FFG update, Constantinople/St. Petersburg upgrade, The Istanbul hard fork, and the Muir Glacier upgrade have preceded the first phase of the Ethereum 2.0 launch. The ETH 2.0 which has been in the works since 2015 is believed to improve the network scalability, higher transaction throughput, and a new security model under the PoS blockchain.

There was a rumour that spread within the community about the possibility that the ETH 2.0 launch will coincide with Etheruem’s 5th birthday. Will it become true? Vitalik himself had hinted that he is 95% confident that the network will be live in July 2020.

EOS remains the biggest Chinese based project and the third-largest DApp platform after losing the second position to Justin Sun’s Tron sometime in January 2020. EOS ICO was one of the biggest ICO projects of all time with a blockbuster of $4 billion ICO in 2018.

The network architecture of EOS deploys the Delegated Proof of Stake (DPoS) consensus algorithm – here, a list of selected block producers oversee the creation of new blocks and in turn get rewarded. Due to the complex governance system adopted by EOS, they had largely been trailing with scalability issues which have greatly impacted the growth of the EOS ecosystem.

A handful of previous EOS upgrades this year had been focused on improving scalability, security, and stability of the network.

The current focus of the EOS ecosystem is the most anticipated EOS Block.one Voice social network. EOS founder, Dan Larimer had stated that the state-of-the-art authentication login system integrated into the network will allow access only to real humans, eliminating the activities of bots.

This is considered as a quantum leap towards the fight against bots in social networks. The beta version of the network was launched on the 14th of February and is now ready for testing. Similar to the popular blockchain social network Steemit,  Block.one Voice social network provides users with the ability to earn tokens as a reward for creating content on the platform.

The current focus undoubtedly is the implementation of a voting system on the EOS blockchain as revealed by Block.one. This is planned to take effect in May 2020.

Dubbed as the Etheruem of China, NEO is a unique blockchain project with a mission to transform the traditional financial system by combining digital and real assets. It’s unique ‘Superconduct Trading Mechanism’ allows users to trust funds through a decentralized platform.

NEO was originally called AntShares and later rebranded to NEO in 2017. The network was founded by Da Hongfei and Erik Zhan in 2014. The latest development of NEO ‘smart economy’ is the launch of its next-generation NEO 3.0 blockchain.

This current upgrade will deploy Delegated Byzantine Fault Tolerance (dBFT) as a method to verify blocks. This update is geared towards revamping the NEO’s ecosystem and improving the performance of the Virtual machine. The NEO 3.0 Mainnet will go live in Q2 of 2020.

Tron has always been rumored to have copied Ethereum whitepaper due to the close similarity between the network protocol of the duo. Despite the criticism, Tron has maintained an upward trajectory growth since launch. Tron recently overtook EOS as the second-largest DApp platform after Ethereum.

The network protocol of the Tron blockchain is based on the Delegated Proof of Stake (DPoS) algorithm, with a block-time of approximately 15 seconds and a TPS rate of 2,000. The compatibility between Tron VM and Ethereum VM has made developers to seamlessly move DApp between both blockchains with minimal revisions.

The Odyssey protocol is the latest phase of Tron development and is currently ongoing. According to a blog post by Tron foundation, the upgraded platform is aimed at entertainment and content creators. The platform will have superior resources that will support the creation of entertainment-based decentralized applications (DApps). Important to also mention that Tron houses the largest gaming DApp on its platform.

Chainlink is the first decentralized oracle network; allowing smart contracts secure access to external data, off-chain payments, and other API capabilities. Link is the 11th largest cryptocurrency by market cap. Chainlink provides reliable tamper-proof inputs and outputs for complex smart contracts to connect to the data sources and APIs of any blockchain.

The Chainlink Mainnet officially went live on May 30th, since launch the network has continued to improve its throughput and scalability. Chainlink is now the biggest ‘price data provider’ for top blockchain projects.

For the 2020 development, the project is focused on improving its price reference system, expanding its community node and the API marketplace.

A Last Look at Development Trends

The race for mainstream adoption and real-world use cases is already heating up as blockchain projects brace up for the challenges that come with decentralization. This space is getting intensely innovative and saturated with a lot of new projects joining the cryptocurrency sector each day. Cryptocurrencies like Cardano, Ripple and Stellar Lumen are the leading blockchain projects for cross-border settlement. Ripple’s Xpring was launched to improve the efficiency of international monetary transactions. Smart contract platforms are becoming increasingly popular and payment platforms like Stellar, Cardano and Ripple have been on a race to catch up the pace.