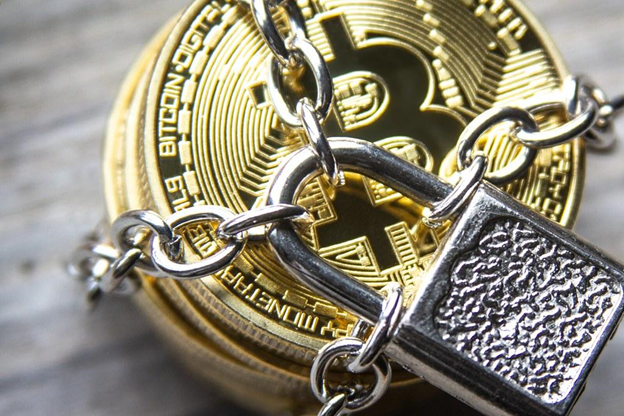 Blockchain is a network that allows for decentralized peer-2-peer transfers while keeping both the parties in the transaction anonymous. Public ledgers, though, are transparent as they display user’s activities and the user’s account holdings. The account owner can be further profiled using social engineering based on the transaction pattern of a wallet with documented identity.

As blockchain transactions can be abused, for anyone concerned with Operations security, using a privacy token would be a smart choice. However, privacy tokens and zero-knowledge-proofs are just two among other types of privacy protocols that enable one party (the prover) to prove to another (the verifier) that a statement is true, without disclosing any details beyond the validity of the statement itself.

One of the oldest in the blockchain privacy protocols, CryptoNote is the protocol behind the privacy token Monero. In a decentralized network, CryptoNote integrates a cryptographic technique known as traceable ring signatures to obscure messages among a group of nodes by generating a string of potentially viable outputs. The fake transactions are, to an observer, indistinguishable from the actual transaction. The actual transaction is sent from a stealth wallet address, and only the receiver can see the transaction.

Monero is considered as one of the best privacy tokens in the cryptocurrency sector. This privacy token hides the sender, receiver, transaction history, and the amount transferred. Thereby, relying heavily on network resources, and as such, a regular PC can run Monero’s node services.

While operating at scalable levels, this privacy protocol has been able to create high degrees of anonymity.

zk-SNARK is a new form of zero-knowledge cryptography allowing one participant (the prover) to prove to another (the verifier) that a statement is true, without disclosing any facts beyond the truth of the statement itself. zk-SNARK guarantees privacy by using zk-SNARK proofs to ensure that shielded transactions can be cryptographically encrypted on the blockchain, but are still valid under the network’s conventional rules.

zk-SNARK stands for “Zero-Knowledge Succinct Non-Interactive Argument of Knowledge,” and refers to a proof building where one can prove possession of certain information, e.g. a secret key, without disclosing that information, and without any interplay between the prover and the verifier.

ZCash originated as a privacy token based on the zk-SNARK algorithm. The protocol team has deployed zk-SNARK on Quorum, which is an enterprise-focused version of Ethereum for JP Morgan.

The zk-STARK protocol, also known as the likely successor to zk-SNARK, Starkware is a network that facilitates anonymity and scalability by exploiting off-chain computing models. STARK is an asymmetric protocol, that is, the function of the verifier is infinitely less than that of the prover. By carrying out the work of the prover off-chain and verifying it on-chain, STARK requires blockchains to scale massively without needing any assumptions of confidence. Thus, private information can be kept off-chain and verified on-chain.

In early 2018, Professor Eli-Ben Sasson of the Technion-Israel Institute of Technology presented an awaited paper describing a quicker alternative to zk-SNARK, which he decided to call zk-STARK.

Ben Sasson posits that “zk-SNARKs use public key (asymmetric) cryptography to establish security. zk-STARKs, instead, require leaner, symmetric cryptography, namely, collision-resistant hash functions, and thus removes the need for a trusted setup. These same techniques also eliminate the number-theoretic assumptions of zk-SNARKs (and BulletProofs) that are computationally expensive and prone to attack by quantum computers. This makes zk-STARKs both faster to generate and post-quantum secure.”

StarkWare is currently invested in applications like StarkDEX which is a scalability engine for DEXes (non-custodial exchanges) that will allow handling of over 10,000 trades per block.

Developed by MIT cryptographers, Enigma is a privacy algorithm that allows the enforcement of “secret contracts”. Enigma essentially maintains its privacy-usability-scalability protocols in four steps.

At the beginning of the transaction, a developer writes and deploys an encrypted contract into the Enigma Network. These tasks are initiated by users who submit encrypted data that nobody else can read — including the node that does the computation — to Enigma. An Enigma node carries out the computation, using TEE (Trusted Execution Environment) and returns the result (either directly to the customer or to any smart contract within Ethereum). Once a task is computed, cryptographic proof of the completed task is recorded and verified on the Ethereum network.

Ekiden depends on computing nodes that use trustworthy hardware to conduct smart contract computation over private data off the chain and then attests to their valid chain execution. Consensus nodes manage the underlying blockchain and it does not have to use trusted hardware.

It questions consensus-layer mechanisms, requiring only that the network be able to validate remote attestations from compute nodes. Therefore, there are three types of entities in Ekiden: client, compute nodes and consensus nodes.

As the privacy conundrum (privacy-usability-scalability) in today’s blockchain space continues to evolve, it is most remarkably being hailed as one of the most promising areas of blockchain technology, with notable research and implementations being made available regularly.