Home » Is the Banking System Compromised?

Is the Banking System Compromised? 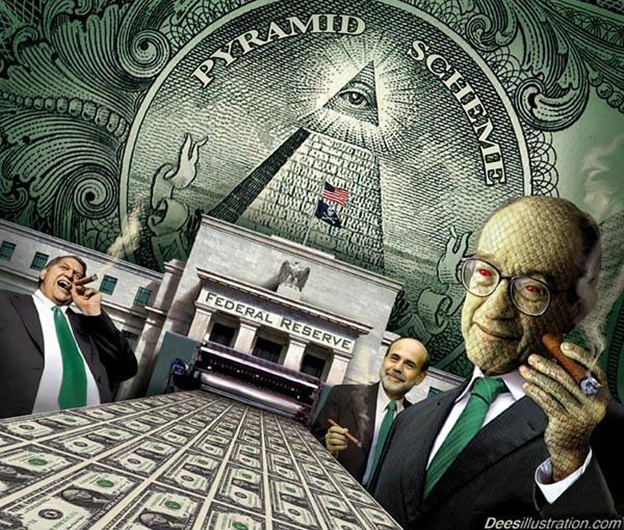 Blockchain technology facilitates the existence of a decentralized, digital transaction ledger. It can be used for a variety of banking services, including bank payments, commercial finance, money transfer, and post-trade. Getting a consistent real-time view of transaction data without numerous reconciliations would eliminate many of the inefficiencies that are hampering the financial system, and could significantly reduce costs.

Being decentralized, Blockchain technology can help the banking sector mitigate the problems ensuing from the centralization of power and control, as well as the shortcomings of a multi-intermediary ecosystem. In fact, since its advent in 2008-09, the finance sector has, by far, been the biggest and one of the first takers of this emerging technology.

For context, Bitcoin — a decentralized, peer-to-peer, open-source financial system — is still the most common usage of Blockchain, while many even mistakenly equate the two. However, this begs the questions — What’s wrong with the present banking sector? Why do we, at all, need something new?

Problems with the Current Banking System and Finance

Modern finance is broken. In 1971, the Gold-US Dollar partnership was terminated. Since this moment in history, the whole finance sector has been based on price, supply and demand expectations and not on intrinsic value.

Governments cannot cover their expenses through tax revenue alone, and they print more money to make up for whatever shortfalls they have, thereby, in producing a never-ending supply boost, they debase the worth of their own money, thus driving the price down.

There is nothing stopping people, companies, and merchants from selling off their worthless money in return for something that would hold more value (e.g. people took to using American cigarettes as currency during periods of hyperinflation due to excessive money printing in the German Weimar Republic).

Therefore, to ensure that citizens and businesses continue to use the local currency as a legal tender, they demand payment in their country’s currency for tax liabilities. While we can accept that the dollar bills in our pockets are portable, divisible, standardized and welcomed, it is not infinitely so. The only way we can potentially access significant, precise amounts of money is to have a reliable storage service that can provide credit and debit services, and requires it to be universally accepted and transacted in- banks.

Sadly, banks are profit-maximizing institutions. The way banks create money is not via printing. Rather, they create money via debt. Having said that, we have seen time and again that we cannot trust banks: the Asian Financial Crisis of 1997, the Dotcom Bubble of 2001, the Subprime Mortgage Crisis of 2008 that led directly to the 2010 European Sovereign Debt Crisis.

Traditional banks have routinely been accused of client-unfriendly account manipulations, such as debiting before transactions and charging fees on insufficient funds. Adaptive Labs studied five top UK banks a couple of years ago and found that none rated much above mediocre.

According to them, “the report found that none of the banking apps on display scored more than 75% on either functionality or usability.”

There are 180 United Nations-recognized currencies, and these individuals who own different currencies are prohibited from transacting with each other. Currencies issued by central banks are arbitrarily limited by territorial frontiers. Foreign exchange rates are perhaps the most needless surcharges for people trading with one another.

Fiat money is worthless for getting around. As a result, we have to focus on various intermediaries, each taking a share of the profits to transfer the money to the next receiver, resulting in the whole process being extremely slow, delaying the final reception of the money up to a whole week.

The Threat of Confiscation Leading to Bankruptcy

Most of the world’s population (4 billion people), still live under the autocratic rule where their land and property can be confiscated. Even autocratic rulers might face the same fate. The rich can rely on offshore banking to navigate past this, relegating the poor to their unavoidable fate.

The Global Findex shows ¾ (three-fourth) of the world’s poor do not have a bank account, not just owing to poverty, but also due to costs, travel distance, and paperwork involved.

How Blockchain and Cryptocurrency Solve the Problem

In 2008, a pseudonymous expert in cryptography, known only to the world as Satoshi Nakamoto, came up with an answer: Bitcoin. Then, masterminds such as Vitalik Butarin took the cue, expanding the scope of the underlying technology even further. Now, with over a decade of innovations, we have a full-fledged industry and toolkit to fix the finance sector, among others.

Cryptocurrency removes the need for a “trusted intermediary” — for instance, banks, other financial institutions, and governments — by incentivizing each participant in the network to not debase the currency and not commit fraud. Bitcoin cannot be used for quantitative easing. When the impulse hits you, you can’t simply print more of it. Two top cryptocurrencies — Bitcoin and Decred — stand with a maximum supply cap of 21 million. Scarcity drives value. A mathematically assured scarcity is the greatest assurance against quantitative easing.

With cryptocurrency no person or group can affect the currency supply nor can they exercise significant influence over it without the majority’s approval. Even if it is accepted by a plurality, individuals are able to “fork” away and implement their own currency variant, as during the Weimar Republic crisis.

We trust banks to manage our transactions and accounts. However, when the element of trust and centralization is removed from the equation, there is no longer a third party to do this. Consequently, documents must be made public and unchangeable. Cryptocurrency’s cryptographically secure existence means that while it is not impossible to change the transaction ledger, it is extremely difficult and would demand that you challenge the entire cryptocurrency consumer network.

It also has to be said that the transaction costs of Bitcoin are relatively cheap compared to those of conventional payment schemes. Bitcoin offers international clearance within an hour. Cryptocurrencies are borderless by nature. Cryptocurrencies offer a value exchange that is immune to sovereign control which is impossible for fiat currencies.

The case of girls in Afghanistan who use their phones to get paid in Bitcoin without having to ask for male colleagues to follow them to the bank is an example of the profound potential of cryptocurrencies in banking the unbanked.

To conclude, some of the biggest problems with traditional finance arise from the fact that users have little or no control over the system. Yet now, with blockchain technology at hand, the power dynamics are set to change as, in a decentralized ecosystem, every individual has control over their transactions and data.