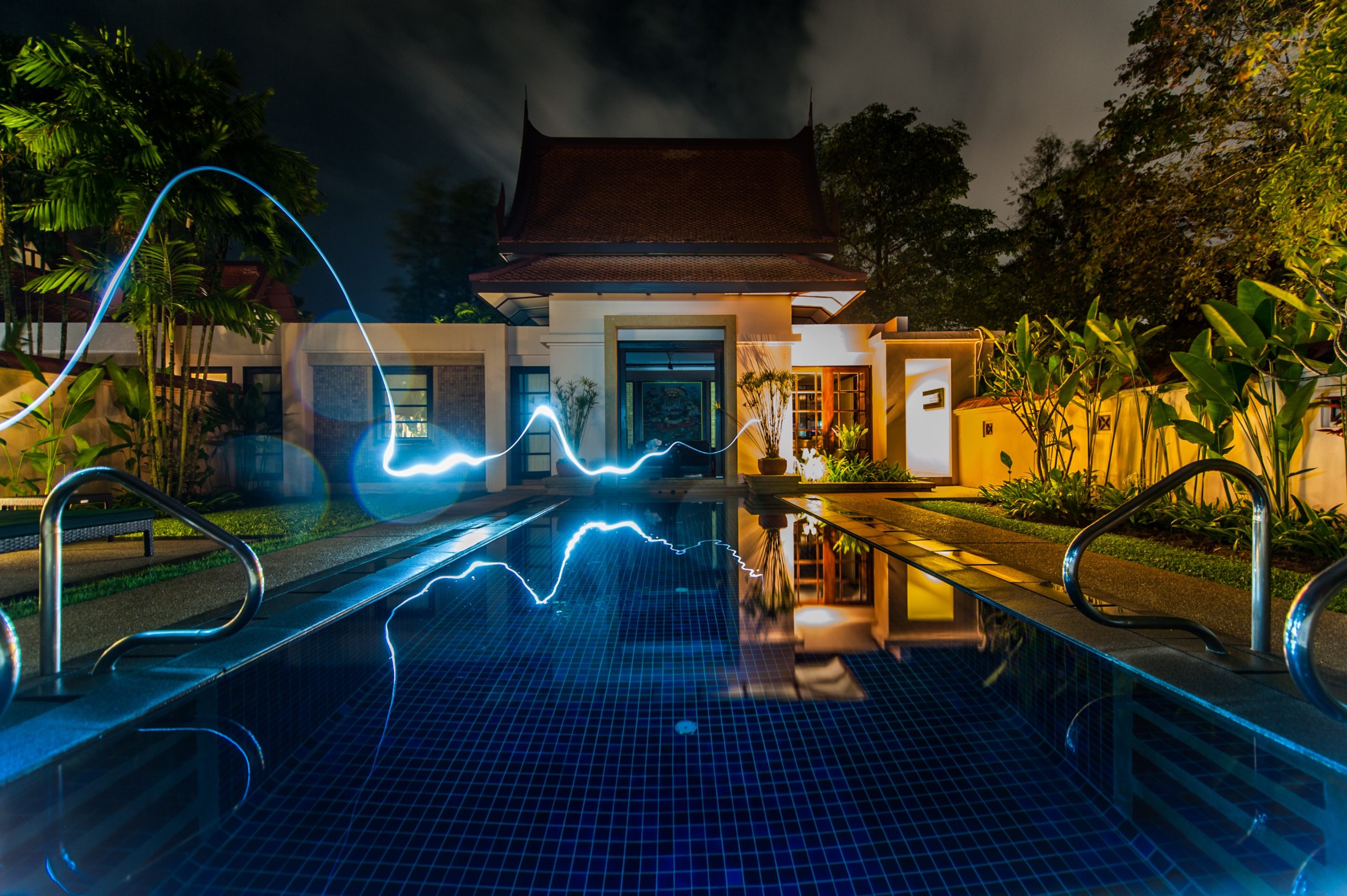 In theory, the Internet of Things (IoT) is designed with the intention to make our lives easier. In reality, IoT devices are not at that point yet. To truly have a “smart house” you are going to need several smart devices, most likely, made by different companies. The problem with this is that each of these companies requires you to have their wireless adapters plugged into your power outlets so that you can send your devices commands via a smartphone or a remote unique to the device.

Smart home devices are supposed to make life easier; these devices can do things like turn off and on lights, unlock doors, and even monitor the contents of a refrigerator. However, having to manage and operate these devices from several different locations–mobile applications and remotes–is inefficient, and can easily overwhelm a user.

Although smart homes are a great idea–and constitute the future we are headed towards–they are complicated to use right now. According to a study by Parks Associates, “in 2016, 28% of smart home device owners reported experiencing problems with various smart home devices. [And] In 2017, that number increased to 34% of consumers having issues.” 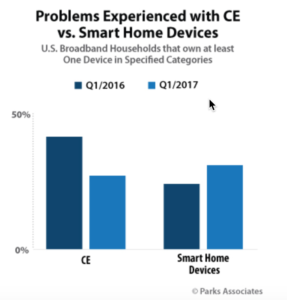 The smart home device market is still in its early stages. And early-stage technologies usually have bugs and errors that need to be sorted out before they are ready for mass adoption.

In 2015, CNET had seven of their editors live in the CNET smart house–an IoT home that CNET writer Ry Crist described as “A living lab for testing connected home tech.” What the CNET team discovered was that most of the IoT devices they were using violated what Crist called the “first commandment of smart home tech–to keep things simple.” Although IoT home devices are supposed to make life easier, having devices made by different companies tends to make the smart home experience frustratingly complex.

There are several different channels that IoT devices can communicate over, Wifi, Zigbee, Zwave, Insteon, Itron, RadioRA2, to name a few. And usually, companies have their own smartphone application or remote that allows users to communicate with their smart device. However, the more smart devices you have, the more apps and remotes you will need to juggle to give your device commands. Applications that let you run all of your smart devices off of one platform are far and few between. Here, you can use one application from the same company that makes all of your devices; however, this is usually not feasible. Consumers are typically required to purchase devices from several different brands to fully automate their homes.

Fortunately, there are companies in the IoT industry actively looking to make the smart home experience what it should be; simple yet optimal. Arloid Automation is one company working on solutions to the most significant problems that plague the IoT and smart home industry.

Arloid is making the smart home management and operation experience seamless. In the Arloid Ecosystem, consumers will be able to connect any IoT device that is compatible, or that the community has voted for and/or crowdfunded, into the Arloid Ecosystem. Then, users will be able to control all of their IoT devices off of just one application. By doing this, Arloid is looking to make the lives of smart home users trouble-free.

Currently, there is a lack of platforms that exist that allow you to control all of the smart devices in your house from one location, and this is something that Arloid is going to change. By crossing the IoT device industry with the nascent industry of blockchain technologies, Arloid will develop a smart home solution that the industry needed. Consumers will no longer have to open several different applications or locate many different smart device remotes that are somewhere within their house to give their devices commands. Arloid is creating a single application that will act as the control center for all IoT devices in a consumer’s home; effectively cutting out the convoluted process that running a smart home currently demands from the homeowner and its users.

The Norm of the Future

Within the next 20 years, it is highly likely that your house or apartment will have a smart home device (if it already doesn’t). This can range from a thermostat to a refrigerator, to the locks on your doors or the lights that hang from your ceiling. Regardless, a “smart future” is inevitable. The world is progressively becoming entirely digital. What consumers once had to show up to brick and mortar establishments to accomplish, they can now handle via e-commerce, what individuals once had to come face-to-face to achieve can now be done through emails and text messages, and what once required materials like a calendar or a phone book, has been simplified down to a smartphone and its applications.

Home devices are no exception to this trend of digitization. Statista predicts that the smart home market will have 23.14 billion devices connected by the end of 2018. 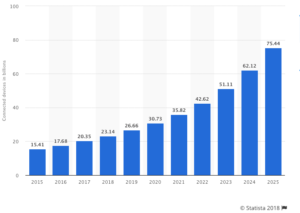 As most consumers know from owning a smartphone, smart devices can make our lives several times easier by bringing tools and resources that are used daily to one location that fits into our pockets. Smart devices in our home are supposed to bring the same simplicity, ease-of-use, and efficiency in our lives. But like any early technology, there are some obstacles in the IoT smart home device industry that need to be worked out before smart home devices can proliferate in communities. Regardless, the smart home device market is expected to grow at a rapid pace; Statista estimates that between 2015 and 2020, the IoT device industry will generate $470 billion USD worth of revenue. 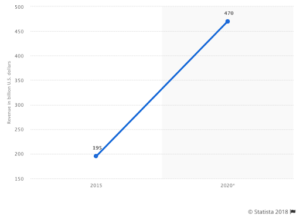 Projected market revenue of the internet of things (IoT) and analytics worldwide, from 2015 to 2020 (in million U.S. dollars)

The IoT smart home device industry provides a plethora of opportunities for consumers and investors alike. This industry is in its early stages, making it the perfect time to be an early adopter of its technologies or to invest in IoT businesses–that are expected to continually generate revenue–in their early stages.  Fortunately, the Arloid solution comes at a time that could not be more fitting.